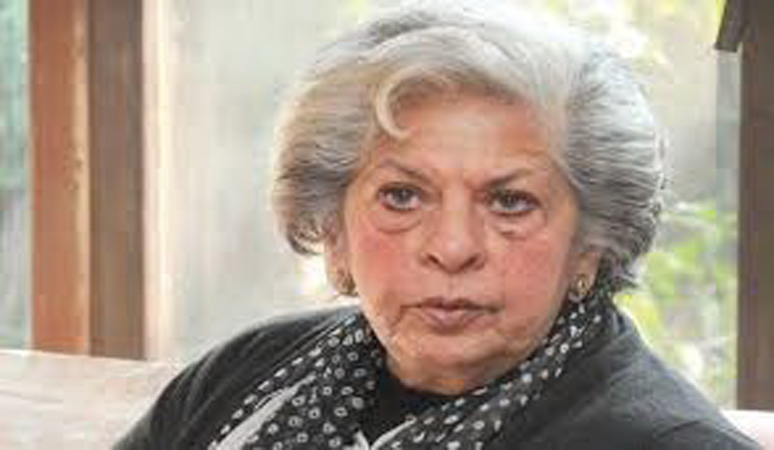 “Yes, he (Osama Bin Laden) supported Mian Nawaz Sharif at one time. However, that is a complicated story. He (Osama) used to extend financial assistance (to Nawaz Sharif,” she said in an interview with a private television channel. Abida, also a former cabinet member of Nawaz Sharif’s government, recalled that at one time, Osama Bin Laden was popular and liked by everyone including the Americans but later, he was treated as a ‘stranger’.

She said she was appointed as an ambassador during the first premiership of Nawaz Sharif, after she lost the election. She said during her stint as envoy to the US, most of her communication used to be with the then president Ghulam Ishaq Khan. “Khan had tasked me to keep the Americans engaged in talks till Pakistan completes its nuclear program in 18 months,” she said, adding that the US administration, including the diplomats, senators and congressmen, used to advise Pakistan against the execution of nuclear program.

To a question, she said though she used to be spied in the US, she had no such suspicious activities which could be used against her by the intelligence agencies. Asked about the mode of communication between her and President Ishaq Khan in the absence of modern tools, she said during the 18 months, she visited Pakistan for five times to brief the president. “However, I used to avoid using phone knowing that it could be tapped,” she added.

As the nuclear program was under the purview of the president, she said, most of her conversation used to be with him, not the prime minister. This is also because President Ghulam Ishaq Khan did not trust anyone, she added.

Asked whether being prime minister, Nawaz Sharif did not feel bad over being bypassed in communication with the president, she said, “He never expressed it.”

Abida Hussain said though Pakistan had started its nuclear program in 1983 during Ziaul Haq’s regime, it was completed in 1992. She also revealed that she was made ambassador on the president’s recommendation.

According to Abida Hussain, she would receive directions about foreign policy directly from President Ishaq Khan. “Prime Minister Nawaz Sharif was not aware about the nuclear program of Pakistan during my stint as US ambassador,” she said. “I would give briefings only to the president and had never met Nawaz Sharif over the issue of nuclear program,” she added.

It may be noted that it has been reported many times that former prime minister Nawaz Sharif had received funds from Bin Laden for a no-confidence motion against Prime Minister Benazir Bhuttto in 1989. Earlier, Osama’s confidante Khalid Khawaja and former president had also confirmed such reports. Former president Asif Zardari had also alleged the same. However, this is the first time that someone who has been part of Nawaz Sharif’s close circles at that time has confirmed the relationship of former prime minister Nawaz Sharif with Osama bin Laden.