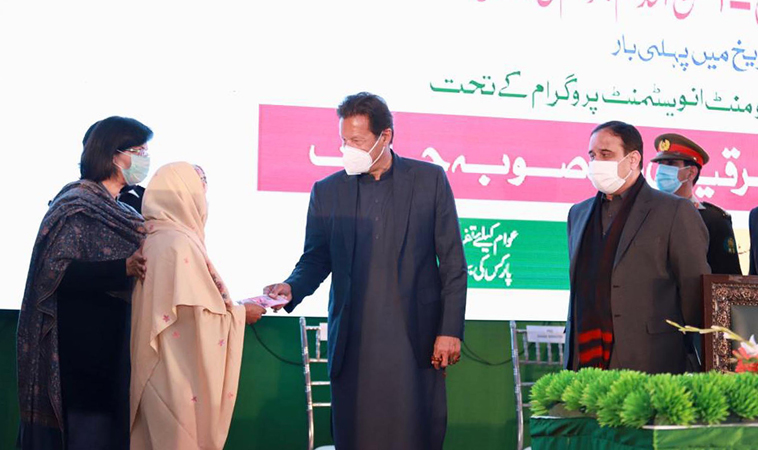 Prime Minister Imran Khan Friday said the country is going through a ‘historic battle’ to establish the rule of law and nab the plunderers who consider themselves above the law.

“This is a historic battle for rule of law. These thieves consider themselves above law… They only accept the court decisions favouring them. This historic battle will ensure the rule of law and put the dacoits in jail, which is their real abode,” the prime minister said while talking to reporters here. He said in the past, the Pakistan Muslim League-Nawaz (PML-N) leaders used to get the court verdicts in their favour either by bribing the judges or by ransacking the Supreme Court. He said while trying to enmeshing the Pakistan Tehreek-e-Insaf (PTI), the opposition parties have entangled themselves in the foreign funding case.

“We want the Election Commission to take this case to the logical end. It should scrutinize the funding of all political parties. I foresee they will find only one party, which is the PTI, which has provided the complete record of names and addresses of around 40,000 donors,” he commented. Anyone could contact those donors to ask whether they had donated money to the PTI or not, he added.

The prime minister also challenged the opposition parties to just furnish detail of just 100 donors, what to talk of 1,000. “This will also expose who had got funding from Osama Bin Laden. There is a public statement of Khalid Khwaja’s wife,” he said, and questioned the source of Maulana Fazlur Rehman’s properties worth billions of rupees. No government touched him ever either because he had been part of that setup or fearing any decree by him, he remarked. Even, he said, Nawaz Sharif had laundered money in the name of party fund.

He said the PDM thought the people were ‘idiots’ but according to him, ‘there is no bigger idiot than the one who considers the public to be naïve’. This was proven when the PDM ‘failed to fill’ the ground of Minar-i-Pakistan despite the PTI having done so four times because ‘it is filled only when the people of Lahore themselves walk and come to it’, he added.

The prime minister also addressed the issue of horsetrading in the Senate elections and use of bribery among members of parliament. He said this practice had been ongoing since 30 years where rates were set for lawmakers. He said the “money goes to the very top” on such occasions, revealing that he himself had been offered money in Senate elections.

He said the PTI had expelled 20 of its members after they were found guilty of taking Rs50 million for horsetrading in the 2018 Senate polls by an investigation committee. The premier stated that prices had “already begun being set” for the upcoming Senate elections, which he said was common knowledge to all political leaders and politicians. “We also know who is the political leader collecting money to buy the people,” Imran said, without giving away any names.

He termed the practice a “betrayal” with Pakistan, saying the Senate had a particular “status and role” since it represented the provinces in the federation. He said it reflected poorly on the kind of people who come to the Senate through money and questioned the ability of such lawmakers to represent their province. “Apart from that, what kind of democracy is this where MPs sell their vote by taking money? So I’m doing my utmost [to bring transparency]. We’ve gone to courts, we’re taking a constitutional amendment to [the National] Assembly,” he said, adding that both main opposition parties, the PPP and PML-N, in their signed Charter of Democracy had favoured an open ballot.