Pakistan to kick off coronavirus vaccination drive from next week 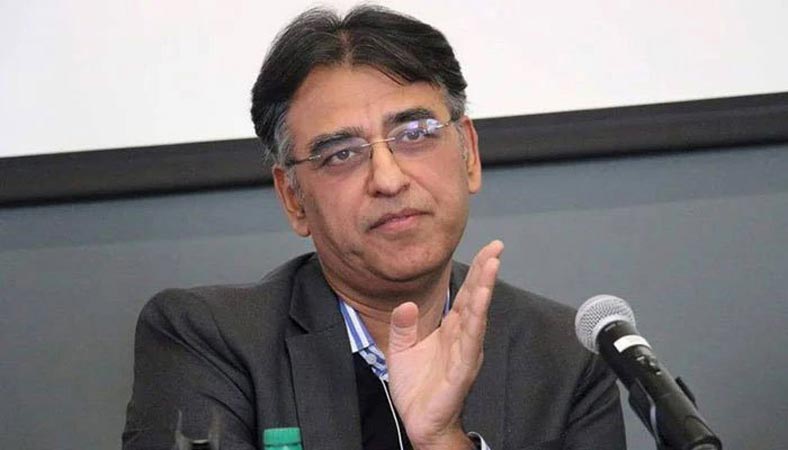 Federal Minister for Planning, Development, and Special Initiatives Asad Umar on Wednesday said that Pakistan will start its Covid-19 vaccination drive next week, starting with the front-line health workers.

“God willing, the vaccination of frontline health workers will start next week,” Asad Umar said in a tweet.

China has pledged a donation of 500,000 doses of coronavirus vaccine made by the Chinese firm Sinopharm. Reports said the first batch would be flown in on Saturday.

The government-backed coronavirus vaccines would be free for all the country’s citizens, Special Assistant to Prime Minister on Health Dr Faisal Sultan said. He said that China donated 500,000 doses of the vaccine to Pakistan, while as many as 400,000 healthcare workers have already registered to get inoculated.

Also on Wednesday, the National Command and Control Centre (NCOC) unveiled a comprehensive plan to administer the vaccine for the Covid-19 across the country to curb the pandemic’s spread. The plan has been adopted after taking all the provinces and other stakeholders onboard, a meeting of NCOC held in Islamabad in this regard was apprised. It added that the strategy has been evolved in light of the established international regulations and health guidelines.

The session was chaired by Asad Umar, accompanied by National Coordinator NCOC Lieutenant General Hamood-uz-Zaman Khan and Federal Minister for Education Shafqat Mehmood. The provincial health minister of Sindh and chief secretaries of all federating units joined the meeting via video link.

The purpose of the strategy is to administer the vaccines through a coordinated system in a safe and healthy environment. In this regard, it said, National Immunization Management System (NIMS) will be run by the National Vaccine Administration and Coordination Cell (NVACC). In addition to Adult Vaccine Centres (AVC), the provincial and district administrations, PVACC and DVACC respectively, and coordination cells have been established to aid in the efforts.

The meeting was informed that the NIMS is fully digital, aimed at limiting the human error, and it will impart the information relating to the AVCs and appointments for vaccinations to the masses automatically. The vaccination centres have been established across the country, while the training of staff and other arrangements have been completed to begin the inoculation.

Once informed about the vaccination, the masses as well as the frontline healthcare workers will have to send an SMS to 1166 or visit the NIMS website for registration. Afterwards, a PIN code will be sent to the applicant while an AVC will be designated to them based on their present address. Once the vaccine is made available, the applicants will receive further details. Prior to the vaccination, the system will authenticate the computerized national identity card (CNIC) number of the applicant. Once confirmed by the NIMS, the vaccine will be administered to the masses. The details will be viewable through a real-time dashboard of the system.

The meeting was told that after consultation with all the stakeholders, it has been decided to reopen the universities as well as the primary and middle classes across the country from February 1. Further, the educational institutions in four major cities including Karachi, Hyderabad, Lahore, Peshawar will be ensuring 50 percent strength of the students on alternative basis.