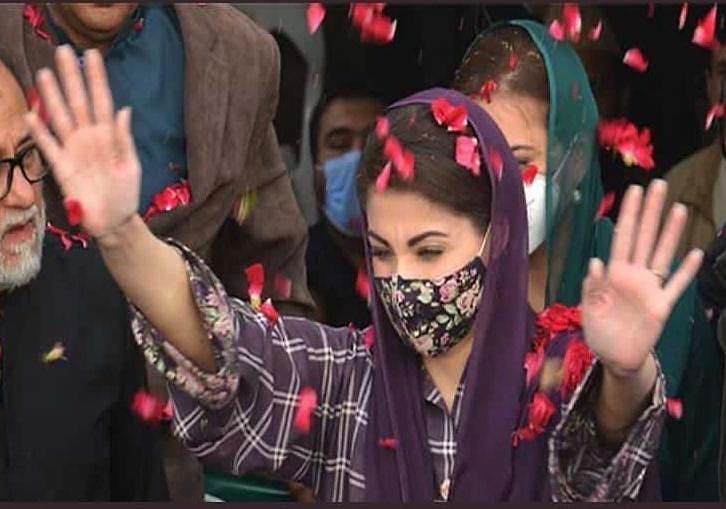 Speaking to media from Khokhar brothers’ residence, the PML-N leader said that the government’s wish to see the opposition’s alliance fall victim to internal rifts would yield nothing. “Even if there is a disagreement on any matter within the PDM, it is resolved in an amicable manner,” she said.

Maryam praised Saiful Malook Khokhar and MNA Malik Afzal Khokhar, referring to them as “companions of Nawaz Sharif”, adding that she had arrived at their residence after receiving directives from the PML-N supremo. She said that the purpose of her visit was to give the message that the party stood behind the Khokhar brothers.

Maryam said that Justice (r) Azmat Saeed was involved in conspiracies against the elected government of the PML-N, adding that he was an employee of the National Accountability Bureau (NAB) when the Broadsheet agreement was signed.

Answering a question about PPP chairperson Bilawal Bhutto-Zardari’s suggestion of moving a no-confidence motion against the government, Maryam said she could not decisively say anything until the matter was brought up in a meeting of the PDM. If Bilawal considers such a step to be viable, she said, then he should “show numbers if he has them”. “We should wait for the PDM meeting where he puts it in front of the PDM and we will decide the issue.”

She also extended her well-wishes and congratulations on the wedding of Bakhtawar Bhutto-Zardari.