IAEA all praise for PAEC’s use of nuclear technology to revive cotton, textile industry 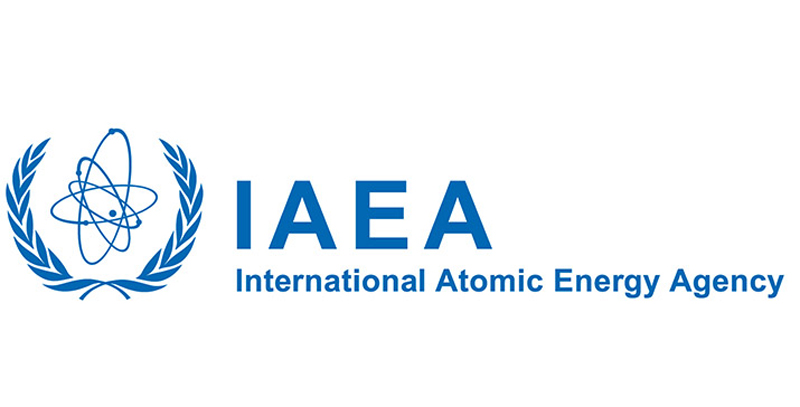 The International Atomic Energy Agency (IAEA) has lauded the efficient use of nuclear techniques being applied in the country by Pakistan Atomic Energy Commission’s Nuclear Institute for Agriculture and Biology (NIAB) Faisalabad for the revival of cotton crop in particular and textile industry in general.

The acknowledgment of NIAB’s contribution by the international supervisory body in revitalising the low performing agriculture sector of the country is commendable and a ray of hope for the farmers across Pakistan. In a press publication issued by IAEA Office of Public Information and Communication, the agency has detailed how heat waves and rising temperatures brought on by climate change were contributing to a fall in cotton yields throughout Pakistan. However, by harnessing nuclear technology, new cotton varieties which are more tolerant to these weather conditions were thriving.

The IAEA, in partnership with the Food and Agriculture Organization (FAO) of the United Nations (UN), is working with local experts to develop and introduce new varieties of cotton that are more resilient and better adapted to the new climate reality in the country. The new varieties developed now account for 40 percent of all cotton produced, up from just 25 per cent two years ago and from non-existent yield in 2016. “Year on year variation in yields of the cotton crop due to climate change is not only impacting the farming industry negatively, but it is also straining development of the entire cotton-based value chain in the region,” said Manzoor Hussain, Deputy Chief Scientist and cotton breeder at NIAB, in charge of the project in Pakistan. “Agriculture is central to Pakistan’s economy, and cotton has a significant role in driving the economy of the country. Through nuclear techniques, we can ensure that this economic area remains profitable.”

The support and training in plant mutation breeding and selection by the IAEA and FAO, delivered through the IAEA Technical Cooperation Programme, has helped pave the way for the NIAB release of four cotton varieties since 2016. All over the country, the popularity of these varieties has been steadily growing.

“I was able to harvest my crop this year with a 30 per cent higher yield than what I could achieve with traditional varieties,” said Muhammad Ikram, a farmer from the Bahawalnagar District, located 500 km south of Islamabad, noting that this growing season was a difficult one for cotton growers around the country. “The heat tolerance and yield with these varieties even under the changing weather is very important for the farming community.”

These new varieties have higher yield and improved fibre quality as well as good agronomic performance and adaptability to climate change variation. “Heat stress in cotton resulting from increasing temperatures and instances of drought can impact the yield and, therefore, the income of farmers,” said Ljupcho Jankuloski, a plant breeder and geneticist at the Joint FAO/IAEA Division of Nuclear Techniques in Food and Agriculture. “Through the use of mutation breeding technologies, new varieties that are adapted and resilient to climate change and with improved fibre quality can be used to continue meeting the needs of the population despite changing weather patterns.”

The collaboration between NIAB, IAEA and FAO includes a long-term technology transfer and capacity-building programme. Having this focus, the partnership has included trainings, workshops and fellowships – training Pakistani scientists in plant breeding techniques focused on developing cotton varieties tolerant to drought and high temperatures.

“Building capacity in plant breeding at the national level has become a main focus and we are continually working towards this through training courses and workshops,” said Hussain. “There are millions of people involved in the cotton industry in Pakistan – adapting to the weather patterns is necessary and through new cotton varieties suited for the changing climatic scenario in the country, this is possible.”

It is to mention here that NIAB is one of the four agriculture centres working under PAEC in Pakistan. These centres have so far developed a total of one hundred and fifteen (115) varieties of different crops using nuclear techniques. A total of 16 cotton varieties have been developed till date. It is heartening to know that as per IAEA’s estimates, the four latest varieties to be released are expected to make up 56 per cent of seeds planted throughout the country in the coming months.

Through this long-standing collaboration, Pakistani scientists have reached a level of expertise that they can share with neighboring countries that are in the early stages of mutation breeding. With this combination of suitable facilities, technical know-how in cotton mutation breeding and improved cotton varieties in the field, the NIAB can now host IAEA training for experts from neighboring countries enabling field visits to see crop performance in the field. Through the IAEA trainings that NIAB has hosted, cotton varieties have been developed in neighboring countries for the first time, Jankuloski said.