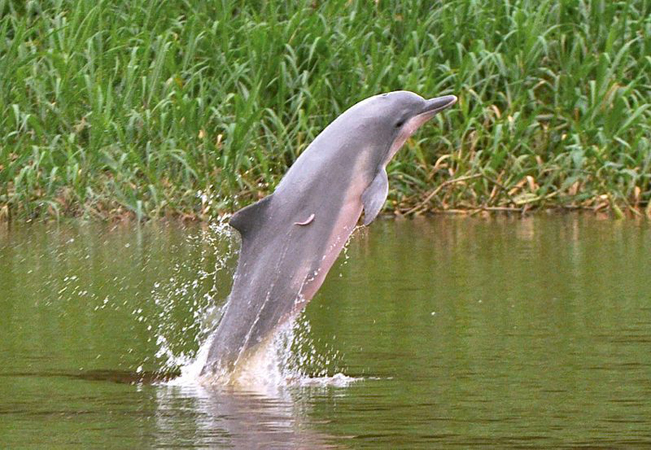 Freshwater dolphins that live in the Amazon River and its tributaries have been classified as endangered due to serious risks they could disappear from the region, environmentalists warn. Tucuxi dolphins are among the most threatened animals in the world and the change in classification to ‘endangered’ by the International Union for Conservation of Nature (IUCN) last month has set off alarms about the need to fight for their conservation, Fernando Trujillo, scientific director of Colombia’s Omacha Foundation, told Reuters on Tuesday.

Risks to the dolphins include fishing net accidents, mercury contamination from illegal gold mining, and the loss of river connectivity due to the construction of hydroelectric plants, Trujillo said.

The gray tucuxi now find themselves alongside the pink dolphin, which also inhabits the region’s rivers and was classed as endangered two years ago. All freshwater dolphin species in South America and Asia are now considered threatened.

“We spent months analyzing with several scientists and we realized that the gray dolphin shares exactly the same threats (as the pink dolphin) and the scale of these threats is significant,” said Trujillo, a marine biologist.