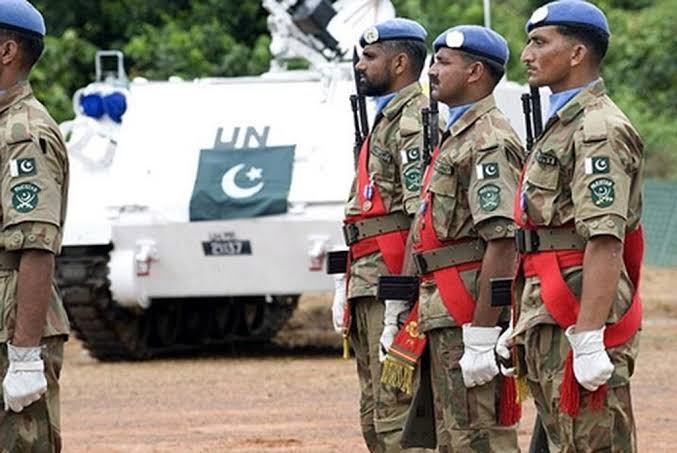 ISLAMABAD: Pakistan has announced a contribution of $25,000 to the UN Secretary General’s Peacebuilding Fund, expressing commitment to multilateral cooperation for peace and conflict prevention.

Foreign Minister Shah Mahmood Qureshi in his virtual address to the High-Level Replenishment Conference for the UN Secretary General’s Peacebuilding Fund late Tuesday said Pakistan would continue to play an active role in peacekeeping and peacebuilding.

Pakistan, he said, like most developing countries had been severely affected by COVID-19 pandemic and was forced to stretch its healthcare systems, contract the economy and constrict its fiscal space.

He said the pledge for contribution despite the ongoing financial difficulties was in fact Pakistan’s commitment towards peace.

Qureshi stressed that ‘national ownership’ must remain the core principle of peacebuilding and determine all decisions of the Fund.

He said durable peace within nations could not be externally imposed.
As a major Troop and Police Contributing Country, he said, Pakistan takes pride in its rich UN peacekeeping history.

“Over the last 60 years, our peacekeepers have represented the blue flag in 46 UN Missions across four continents of the world,” he said

The Foreign Minister welcomed the UN Secretary General’s Peacebuilding Fund Strategy 2020-2024 <20202024>, which focuses on the imperative of conflict prevention.

He hoped that the strategy would galvanize actions to address the rootcauses of conflicts arising from injustices and inequality, suppression of the fundamental rights especially the right of self-determination under foreign occupation, colonial oppression and alien domination.

“Together with a ‘quantum leap’ in support for the Fund, an effective strategy is required to optimize its scope and impact,” he emphasized.

Qureshi said while the Fund may continue financing projects directly in conflict-prone countries, its resources could also be utilized to prepare viable projects for seeking investment from other sources including multilateral development banks, private equity and sovereign wealth funds.

He mentioned that a major handicap of developing countries in mobilizing international investment was their inability to prepare commercially viable projects.

The Foreign Minister called for united efforts to leverage the Peacebuilding Fund to support countries in bringing projects to a bankable feasibility status.

Foreign Minister Qureshi in a tweet on Wednesday expressed Pakistan’s commitment towards conflict prevention and and addressing their rootcause arising from injustice and suppression.