* The awards reveal where travellers ventured in 2020, while travel was open, as well as where they dreamed of going while the pandemic kept them stuck at home 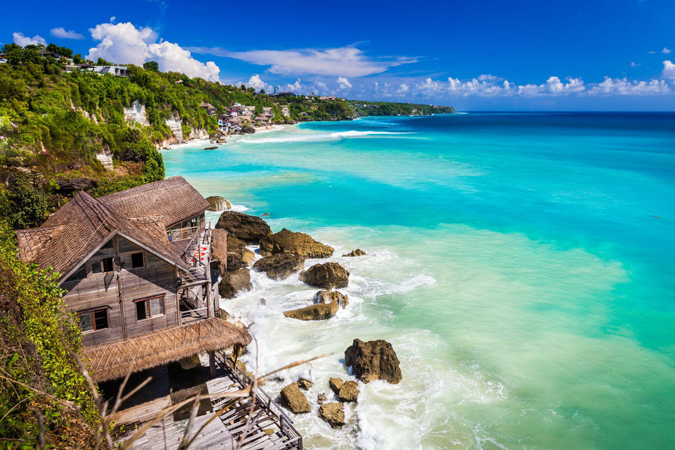 Bali is the most popular destination in the world, according to the 2021 Tripadvisor Travellers’ Choice Awards.

It has risen from fourth last year, dethroning London from the top spot to second place.

The awards reveal where travellers ventured in 2020, while travel was open, as well as where they dreamed of going while the pandemic kept them stuck at home. The other categories are Trending and Emerging destinations around the world. And at a time when travellers are enjoying the great outdoors more than ever, 2021 brings with it a new category – National Parks.

Here the Yorkshire Dales National Park has been named #1 in Europe and 11th-best in the world, with Serengeti in Tanzania claiming gold globally and Grand Teton National Park America’s top entry, in fourth place. Another notable accolade for the UK goes to Cornwall’s St Ives, named fifth in the worldwide Emerging Destinations ranking. Topping the list is the Caribbean island of Martinique, followed by Panama City Beach in Florida and Brazil’s Armacao dos Buzios in third place.

The Emerging Destinations list is based on spots around the world travellers are ‘saving’ on Tripadvisor.

Here the Yorkshire Dales National Park has been named #1 in Europe and 11th-best in the world, with Serengeti in Tanzania claiming gold globally and Grand Teton National Park America’s top entry, in fourth place

Hayley Coleman, Tripadvisor spokesperson, said: ‘These are destinations that travellers want to visit next – whether an existing tourism gem, or an off-the-radar spot not yet firmly on the map for international travellers. It is no secret that St Ives is a well-loved and long-established tourist haven, with its picturesque harbour, beautiful beaches and buzzing art scene, but its place on this list shows just how much travellers are missing it and longing to visit again, once Covid-19 restrictions ease.’

The Popular Destinations category ‘honours the locations that are the most popular among Tripadvisor reviewers’. The methodology ‘takes into account quality and volume of reviews to surface destinations that consistently deliver the best overall experience for travellers’.

In third place in this category is Dubai, followed by Rome, Paris, Hanoi, Crete, Bangkok, Barcelona and Istanbul.

The highest-placed US destination on this list is New York, in 22nd.

The Trending Destinations category ‘honours the locations that showed the greatest year-over-year increase in positive traveller reviews and ratings for accommodations, restaurants, and things to do’.

In another victory for Yorkshire this year, York ranks 22nd on this list. Cabo San Lucas in Mexico tops the world list, while Corsica in France and Doha in Qatar take second and third place respectively.

Fourth on this list goes to Sanya in China, with Gatlinburg in Tennessee – home to a ski resort and the longest footbridge in the US – claiming fifth.

The rest of the list comprises Queenstown, New Zealand; Tulum in Mexico; Natal in Brazil; Kas in Turkey and Guadeloupe in the Caribbean

And looping back to the National Parks category, Tripadvisor reveals that the Peak District National Park places fourth in Europe and 24th in the world, with the New Forest National Park in Hampshire taking the fifth spot among Europe’s best.

Hayley Coleman said: ‘With indoor activities mostly off the table in 2020, travellers headed for the great outdoors and according to a recent survey of Tripadvisor travellers, more than half say they are more likely to take an outdoor or nature trip than they were before the pandemic. With this in mind, it seemed timely to introduce this year’s new category, National Parks. While the pandemic has been incredibly tough in lots of ways, one positive that we can take away is that it has unleashed a newfound love of getting back to nature for many of us.’