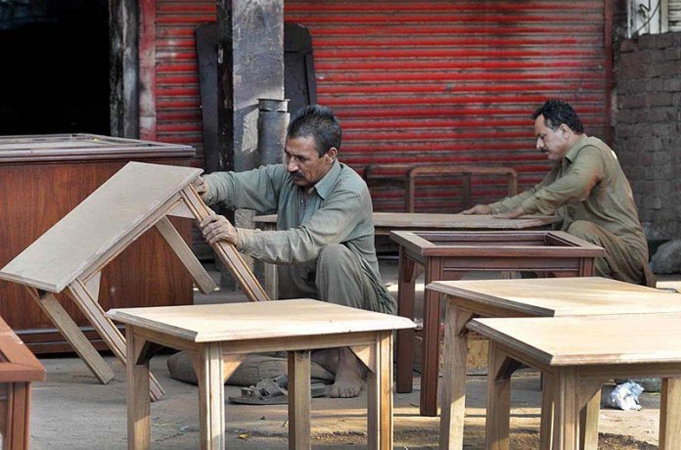 =The furniture exports witnessed a decrease of 14.53 percent during the first half of current financial year (2020-21) as compared to the exports of corresponding period of last year.

Based on the figures, the country’s trade deficit increased by 6.44 percent during the first half as compared to the corresponding period of last year.

The trade deficit during the first six months of the current fiscal year was recorded at $12.423 billion against the deficit of $11.671 billion last year.

Addressing the inaugural session of a one-day national workshop and the Launching of the National Apiculture Programme or Apiculture Scaling up Programme for Income and Rural Employment (ASPIRE), which was the country’s first largest honey beekeeping promotion programme, he said proper branding, sampling and international standard packaging of the honey produced under the 10 Billion Honey (TBH) would be ensured to attract precious foreign exchange.

Amin said: “All experts related to the field of Apiculture are present here to guide in devising a national streamlined programme which would be rolled out to the provinces for implementation.”

He added that the pilot project was going to be launched tomorrow (Wednesday) whereas its complete outcomes would be received by June this year which would help lead to full-fledged launch of TBH project.

The SAPM underscored that the National Bank of Pakistan was going to provide Rs9 billion to the masses interested to join honey bee farming or Apiculture programme. “The Ministry of Climate Change (MoCC) has linked TBH and trees raised under 10 BTT plantation to the state-of-the-art technology developed by the Ministry of Science and Technology whereas National Vocational and Technical Training Commission (NAVTTC) will train the interested youth on latest techniques of honey bee farming.”

He said honey bees were playing a proactive role in habitat conservation through increased pollination helping in enhancing plant growth and productivity. “In the US, honeybees are kept in huge orchards not to yield honey rather boost crop productivity.”

The SAPM noted that the aim of the project was to protect plantation of 10BTT through habitat conservation and raising economic dividends out of plantation through honey farming.

“Kingdom of Saudi Arabia is keen in buying our TBH and has approached the Ministry for pre-booking which is propitious and will help us ensure swift marketing of the honey.”

The experts during the day-long session raised various issues faced by the honey farmers particularly the lack of proper quality testing labs of international standards, absence of any regulatory body to ensure certified medicines for veterinarians treating bee diseases and education of the farmers on latest practices and methodologies increasing honey yield.

It was also told that with a minimum loan of half a million rupees almost 20 beehives could be raised that would produce 15-20 kilogrammes (kgs) of honey per year per hive with a retail price of Rs 1,000 per kg earning a livelihood of Rs 400,000 per year.

The experts mentioned that Apiculture Scaling up Programme for Income and Rural Employment (ASPIRE) was being launched under BTH to provide a lucrative business opportunity for rural youth and masses under 10BTT plantation project.