Afghan Taliban in Iran amid stalemate in peace talks 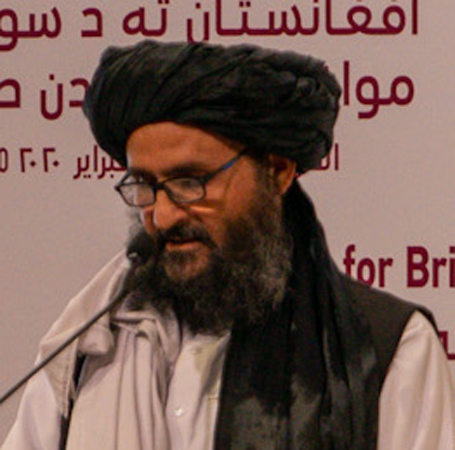 Taliban political envoys arrived in Tehran on Tuesday for talks on the peace process, the Taliban and Iranian Foreign Ministry said. Iran is one of the few countries with which the Taliban have regular contacts. “Today, the political deputy of the IEA and head of the political office, Mullah Baradar Akhund, and the accompanying delegation arrived into Iran at the official invitation of the state of Iran,” Taliban spokesman Dr Mohammad Naeem tweeted.

He said the delegation will talk to the Iranian officials about the relations between the two countries, the situation of Afghan refugees in Iran, and the current political and security situation of Afghanistan and region, and will exchange their views about it

The Taliban delegation visit was made upon Iranian Foreign Ministry invitation, Khatibzadeh said.

During its stay in Tehran, the Taliban delegation is to hold talks with Iranian Foreign Minister Mohammad Javad Zarif and Iran special representative for Afghanistan affairs, he added.

They will discuss the peace process in Afghanistan and the related issues, he noted.

The Afghan Foreign Ministry said Iran had informed Afghanistan about the Taliban visit and that Tehran would press the Taliban for an immediate ceasefire, reaching a comprehensive peace agreement within the framework of the Islamic Republic of Afghanistan.

A foreign ministry statement said Iran wants to secure guarantee that Afghanistan should not turn into safe havens of terrorists but become a center for regional cooperation.

The Taliban representatives are holding talks with Iranian officials at a time when intra-Afghan negotiations face a stalemate over a ceasefire and the future set up. Nader Nadery, a member of the Afghan government negotiation team said that there have been no talks between the Taliban and the government team over the past nine days. “Peace & ending the violence are our people & gov’s top priority. To achieve this noble goal the Peace Negotiation Team of IRoA (Islamic Republic of Afghanistan) is committed & present in Doha. 9 days that formal meetings are not held & other side is not willing to engage in talks to end the conflict & save lives,” Nadery wrote on Twitter. The Taliban have not commented on Nadery’s remarks. However, sources in Qatar say that both sides have not yet finalized their agenda due to difference over priorities of the issues.