Splintered coalition reflects fate of Egypt’s uprising a decade on 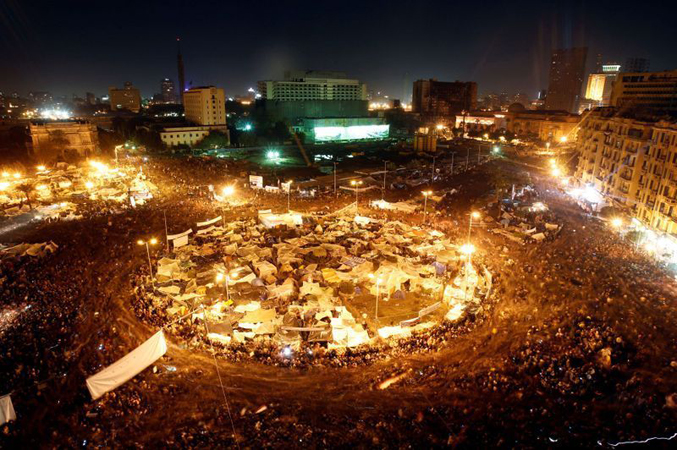 Some young activists formed the Revolution Youth Coalition to draw together the uprising’s disparate strands and give the protesters occupying Cairo’s Tahrir Square a coherent voice.

They demanded freedom, dignity, democracy and social justice amid battles with police and state-hired thugs, and on Feb. 11 President Hosni Mubarak resigned.

But the coalition fragmented as it faced two much more established forces: the Muslim Brotherhood that swept to power in later elections, and the military that toppled it in 2013.

Egypt now faces a different landscape. Abdel Fattah al-Sisi, who became president in 2014 after leading the overthrow of the Brotherhood’s Mohamed Mursi, has overseen a crackdown that activists call the harshest for decades.

Sisi says in response that he has brought stability, allowing the country to move on from the turmoil that followed 2011. Officials did not respond to a request for further comment.

Sisi has referred to the uprising as a “great revolution” while blaming it for unleashing economic disruption and security problems. Tahrir Square has been redesigned, and a new capital is being built in the desert.

Some former leading members of the coalition are in prison, some are in exile. One is a pro-Sisi member of parliament. Here are some of their stories:

A senior member of the Muslim Brotherhood’s student division as the uprising started, Islam Lotfy was dismissed from the movement later that year as youth members split with the more hesitant senior leadership.

Lotfy, 42, left Egypt in 2013 amid a crackdown on those associated with the Brotherhood, and now works in television production from London.

Egypt has placed him on a terrorist list and frozen his assets. Many of his former political companions are in jail, he says. “Personally we are in a difficult position but we will keep fighting,” he said. “My mother got dementia and she’s very old, and I didn’t get a chance to be beside her or to visit her.”

He is marking the 10th anniversary of the uprising by contacting fellow activists outside Egypt “and trying to build a real political movement”.

After the uprising he co-founded the Egyptian Social Democratic Party and was elected to a short-lived parliament. By June 2013 he was among the organisers of anti-Brotherhood protests.

His optimism at Mursi’s fall quickly turned to concern that civilians were being sidelined by the military.

Now 51, he remains deputy head of his party, which gained seven seats in parliament by joining an election list headed by a strongly pro-Sisi party. But he didn’t take a seat, dividing his time between party activities and the interior decoration company he owns in Cairo.

“There is no political life, really. There is a very, very limited margin for political or party activity, and in light of that I’m there,” he said during an interview at his office.

“Change must come from cumulative work and organisation, long-term persistence.”