We’ve turned Urdu into a symbol of illiteracy: Yasir Hussain 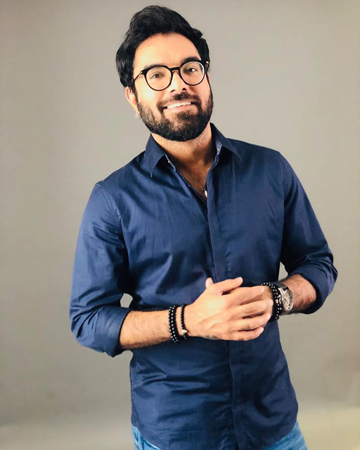 Actor Yasir Hussain believes that Pakistanis have associated the English language with modernity and turned Urdu into a symbol of illiteracy.

“What’s interesting is that everyone raised their voice in English against Cannoli’s owners,” Hussain wrote on Instagram, referring to the viral video of two restaurant owners in Islamabad mocking their manager’s English.

He wondered if anyone ever thought why the manager Awais had to speak English and where this complex came from.

Last week, a video went viral on social media in which owners of the restaurant Cannoli, Uzma and Dia, were making fun of their manager Awais’ English. They were widely condemned for this insensitive act and many people came forward to express their support for Awais, including celebrities.

Adnan Siddiqui took to Instagram and asked the restaurant’s owners to find a “cure for their colonial hangover”.

Parey Hut Love actor Sheheryar Munawar remarked he had seen such things in the 1990’s movies only.

Raqs e Bismil star Sarah Khan said it was painful for her to watch someone being trolled for not knowing English.

Team Cannoli had defended itself in an Instagram post saying people “misconstrued their banter with a team member”.