‘Bridgerton’ cast has unfiltered conversation about drugs and Season 2 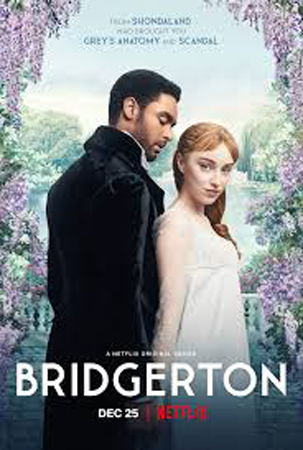 Shonda Rhimes’ scandalous Regency drama ‘Bridgerton’ is a smash hit on Netflix. And now that it’s been renewed for a second season, the cast of the steamy show sat down with The Netflix Afterparty hosts David Spade, Fortune Feimster and London Hughes to discuss what fans can expect in the future-as well as some intriguing behind-the-scenes secrets. Jonathan Bailey, who portrays Anthony Bridgerton, the character the show will focus on in Season 2, has had quite a few hookups on the series so far. When asked by London if this ladies’ man will change his ways, Jonathan revealed that things may shift for Anthony come the show’s second season. “He’s not a very happy man,” Jonathan explained. “He sort of seems to be the embodiment of how society is really sort of messed up, like the patriarchal society for men and women and so, it’s good to show how bad men can be and how controlling they can be and specifically with Daphne, as a c–kblocker. But yeah, I’m really hopeful for his future. It can only get better.” Phoebe Dynevor, who plays Anthony’s sister Daphne on the show, also had her fair share of sexy scenes on the show. While she didn’t reveal whether there would be more sex-in-the-rain moments, she did share how filming one of her love scenes with co-star Regé-Jean Page, who plays Simon Bassett, Duke of Hastings, led to an awkward encounter.