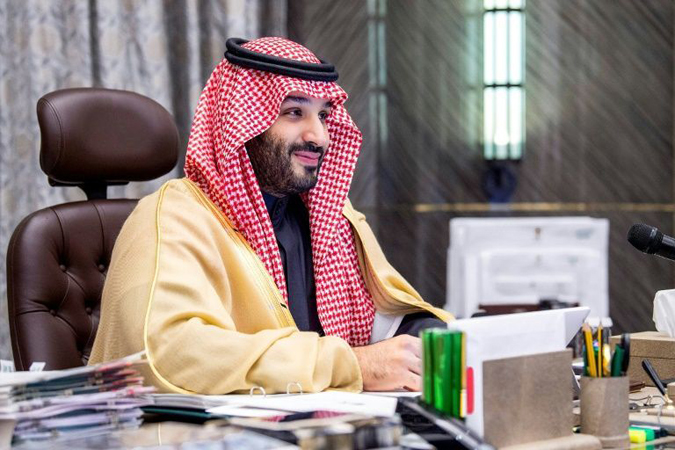 Saudi Arabia’s sovereign wealth fund will invest $40 billion annually in the domestic economy over the next five years, the crown prince said Sunday, as the kingdom battles high unemployment and a coronavirus-triggered slump.

The Public Investment Fund “will invest at least 150 billion riyals ($40 billion) annually in the domestic economy until 2025,” Prince Mohammed bin Salman said in a speech carried by state media.

The PIF, the main engine of the kingdom’s efforts to diversify its oil-dependent economy, has previously been focused on investing in major global giants — from ride-hailing app Uber to US carmaker Lucid Motors.

The PIF intends to boost its assets to 4 trillion riyals ($1.07 trillion) and directly or indirectly create 1.8 million jobs by 2025, the crown prince added.

Prince Mohammed’s speech coincided with a royal decree on Sunday which declared the sacking of central bank governor Ahmed Al-Kholifey.

Fahad al-Mubarak was named as his successor, in what will be his second stint as the governor of the Saudi Arabian Monetary Authority (SAMA).

The announcements come as the petro-state battles high unemployment and a sharp economic downturn.

Joblessness in Saudi Arabia touched 14.9 percent in the third quarter of 2020, dipping slightly from an all-time high of 15.4 percent in the second quarter, official data showed last week.

“The impact of COVID-19 pandemic continues to affect the Saudi labour market and the economy,” Saudi Arabia’s General Authority for Statistics said in a statement last week.

Last year, the twin shocks of the novel coronavirus pandemic and a drop in oil prices prompted the top crude exporter to triple its value-added tax and suspend a monthly allowance to civil servants to rein in a ballooning budget deficit.