* Hundreds of thousands of farmers are set to hit New Delhi streets from Punjab, Haryana and Rajasthan to protest new laws by Modi government 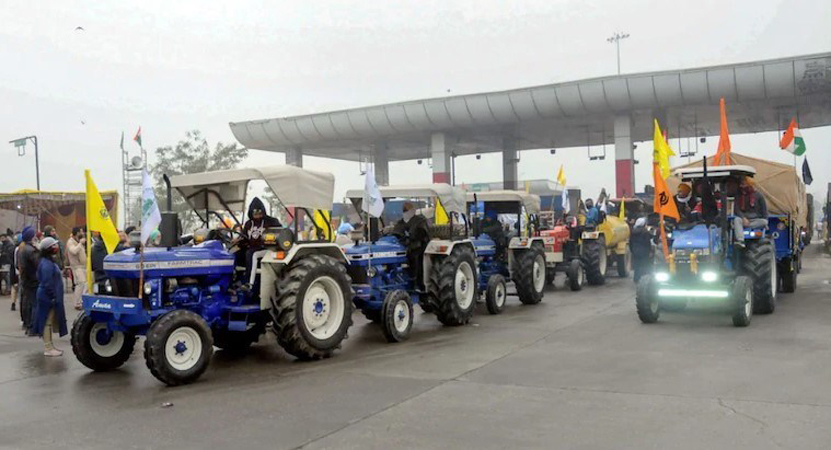 This year, Republic Day of India will be altogether different from the one the country had been observing in the past, when it used to show case its military might to the world.

But this year, the New Delhi will echo with rebellious and revolutionary songs instead of Vande Matram and a cavalcade of over two and half million tractors will overshadow the weaponry and military vehicles’ parade. Punjabi tableaus on dingy tractor trolleys will subdue the cultural floats, at the official parade. The skyline of New Delhi will glare with the colorful Punjab turbans, not the military one. Hundreds of thousands of farmers are set to hit the Delhi streets from Punjab, Haryana and Rajasthan to protest new laws by Narenda Modi government.

The farmers believe that new three laws will destroy Indian agriculture and hand it over to just two to three industrialists. Even one of the laws clearly states that farmers can’t go to court to protect themselves. “Two and a half million tractors are arriving in Delhi. The large number of tractors is a response to some leaders who said that only 60 thousand tractors took part in the rehearsal rally on January 6 whereas there are about 40 lakh registered tractors in the country. Hence, in this rally, farmers will show their strength to the government,” India Today quoted Dharmendra Malik, national media in-charge of the Bharatiya Kisan Union.

None of the Indian government’s tactics could frighten the protesting farmers even a now busted shootout plot to kill the farmer leaders. The farmer’s rallies are getting momentum as they pass through various cities on their way to New Delhi mission.

“On the stretches of the NH-44 between Haryana’s Ambala and Sonipat, there were tractors as far as the ye could travel. Songs of protestors sung by popular Punjabi singers blared from speakers as flags of farmers’ unions fluttered atop tractors,” The Times of India reported. For Kisan vs Delhi fight, dozens of Punjabi and Haryanvi songs have been released with lyrics full of revolution and rebellion. The “Kisan Anthem,” “Jawani Zindabad”, “Delhi Fateh,” “Sun Delhiye” “Chup Kar Ja Delhiye” “Baghi Kisan” “Kisan Andolan” Ailaan” and “Bolda Punjab” are a few of the many songs which have already flooded the internet.

Some of the said songs even exposed the hypocritic attitude of Indian media and instead lauded foreign media outlets for highlighting their struggle.

The farmers’ unions have also issued do’s and don’ts to make their ‘Kisan Gantantra Parade’ a completely peaceful event. Besides, it released a dedicated helpline number to respond to the farmers facing any issue during the rally. However, the police is still dilly dallying to finalize the route of the rally citing so-called security reasons and terror threats. Even coming to a new low, the Uttar Pardesh government directed the supply officers not to give diesel to protesting farmers which further provoked the protestors who blocked the roads in various parts of the state.

Aam Aadmi Party which rules National Capital Territory of Delhi has announced to welcome the rallies at Delhi border. Besides New Delhi, the farmers have also planned protests in other parts of the country like Bengaluru on Republic Day to show their support to those protesting in capital city.

The Modi government, through the district administration is pressuring the farmers by sending notices citing COVID-19 SOPs and section 144 of CrPC forbidding any gathering.

The day in the Indian Occupied Jammu and Kashmir (IIOJK) will be observed with black flags, protest marches, shut down of business and raising of Pakistan flag in utter defiance to the Narendra Modi’s regime that has turned the valley into a huge concentration camp.