The belly of the beast 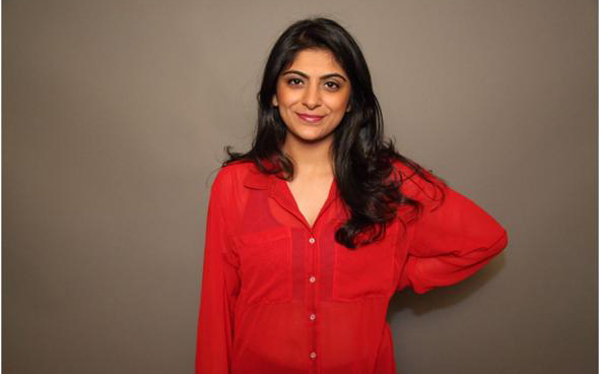 A sharp rap on the window, my head snaps up for a moment. Large brown eyes peering through impossibly thick window panes. A million miles between two centimetres of polished glass. The car engine revs. A cock of his head, the downward plunge of the corners of his mouth as he holds up the tip of his thumb against the severance under his index finger.

I want to tell him I know he is. That maybe I could share my Potato Sticks, my Shezaan mango juice. After all, I’m on my way home anyway.

Before I part my lips, my driver roughly presses against the horn, impossibly loud in the already deafening noise of Karachi. The boy scampers as the roar of traffic continues through the streets.

A distant memory, both blurred and romanticized by time, I suppose. But perhaps not unfounded. Perhaps not solitary. Growing up in a country like Pakistan where the rich are rich and the poor are dead, many have witnessed the poverty that lies at doorsteps.

If I ever grow up, I thought. I would feed them. That’s all. That’s all I have ever wanted to do.

Before the metropolis that is now Karachi; before Agha’s supermarket and Fez nights, before over-passes and under-passes and in-and-out-passes; there was simply a little khoka next to Delton’s supermarket on the corner of Khyaban-e- Tanzeem. A ‘hotel’. A place to eat. Three benches, white plastic plates. Roti, saalan and daal. Fifty rupees would feed five young boys. Every Sunday, my mother, brother and I would drive to that little ‘hotel’ and those five little boys would wait. Fifty rupees is all it took and every Sunday we were fifty rupees poorer and those little boys had bellies full for once.

I have more than Rs 50 and yet I do not have the courage to start feeding those little boys yet. Where they are, I do not know. And that thought frightens me a little.

I left Pakistan to pursue a career that I was passionate about for many reasons. This is one of those reasons. Perhaps this is too personal for most. Why I write about such serious things when I should be the happiest girl in this part of the hemisphere. I should be narrating the play-by-play of how successful I was in winning the most exciting cooking competition series in America. The play by play is all over the internet, my heart, however is not.

Why did I want to become a chef? Because I wanted to feed people. It truly is as simple as that.

Why did I want to pursue dreams of being on television? Because I wanted enough money to be able to feed people. It truly is as simple as that.

My drive to be successful is fuelled by this desire to fix the injustice in our country. I am no bleeding heart, no one extraordinary. I’m just a young girl with a silly idea; that maybe with time, I can be somebody. Somebody important enough to help make a difference. Somebody to look up to. Somebody to turn to. Somebody to know.

I simply do not speak for the underdog; I know what it feels like to be one. I am a girl in a man’s world. Where fire and knives fly through the air. Where you must be brave enough to wear your scars on your arms like badges of honour. Where if you cannot prove your worth, you are simply swept under the pots and pans.

That is my world. And maybe that is why I push so hard. I pushed to attend the Culinary Institute of America when I was seventeen. Day by day, feeding information to my parents.

“Ma, of course they have a Bachelor’s program. It’s like the Harvard of culinary schools!”

“See Baba, when I’m older and you want to retire we can open up a restaurant together after I’ve worked in some restaurants in New York City and trained.”

They relented in the end. All my various parents. Maybe that is why my heart bleeds, because I’ve seen theirs so warm all my life as well. Most Pakistani parents would simply refuse to even entertain the idea of their youngest daughter attending a school for cooks at the age of eighteen half way across the world. Not them. I come from a family of weirdos. And I love it.

Three years at the CIA went by in a whirlwind. I look back at that time and it feels like a dream. Trying to begin to explain the amount of information that I absorbed during my time there would take me all of this magazine. I know what I know because of that school; and if knowledge is power, that is the only reason I am steadfast in knowing that one day I will rule that world of men.

On the day I graduated, I sat amongst my peers amidst the sea of black gowns and awkward hats and I promised myself that I would never stop pushing till I could undo some of the wrongs I had felt plugged inside of my heart. I was born simply by luck, by the chance that God was feeling generous that day, to a family of means and progression. I could have been one those boys with empty bellies and bloated eyes on the road outside Ami’s Paan Shop. I could have been a girl without any ambition because it was simply not allowed to her. I would be their voices. No longer would I stay silent. No longer would they.

I cannot say again, if it were mere luck or my ambitions that allowed me to win ‘Chopped’. Perhaps a bit of both? I applied for the competition series after encouragement from one of the Chefs I was working with at the time. It was a good thing she was a pusher too – or else, perhaps I would not have had the courage to go for the interview.

The day of the filming for the show, my stomach felt like lead and my fingers like jelly. I’ve heard numerous comments from those that have seen the show.

“Fatima you looked so confident and beautiful! You were made for television.”

Little does anyone know that I wretched in the Food Network’s bathroom for fifteen minutes before the first round hoping I would somehow regurgitate the brick I felt in my belly. Sorry, Food Network and friends, I was nervous. I didn’t want to win simply for the sake of winning. I didn’t want to win for the money or for the recognition. I wanted to win because this whole world scares me so terrifically; in its vastness, I am constantly afraid of being lost. I cannot afford to become a lost little girl; we have far too many of those in our country. I have to be the one who is found.

My heart was on the floor through those excruciating hours in the studio. Round after round, a part of me felt like I wasn’t good enough to win, but somehow I managed to get through those baskets. There were moments of serenity during the chaos where I did what I do best – cooked. I cooked like a Pakistani. Reaching for that cardamom, the chilies and cloves and ginger – that’s who I am. And that is what saved me.

In the next few years, I hope to take Pakistani cuisine to a level of sophistication it has never been exposed to before. By introducing myself and my country to the world in another light is all I hope to achieve. We are, as a nation, known for a great many things – some good and some bad, but never extraordinary. One day that will change, and I’m not silly enough to believe I can achieve that single handedly. I’ll need a little help from my friends.

This article originally appeared in Sunday Times in 2012 after Fatima won the cooking competition ‘Chopped’ (Season 12, Episode 3) on The Food Network.

Chef Fatima Ali was the first Pakistani woman to win ‘Chopped’ and ‘Fan Favourite’ on season 15 of ‘Top Chef.’ Lauded internationally as a unique culinary talent, Fatima was diagnosed with Ewing’s Sarcoma in 2017. She posthumously won a 2019 James Beard Foundation Award. Fatima wanted to spread joy through food, stir global interest in Pakistani cuisine, feed as many indigent children as she could and elevate those in the hospitality industry. In her final days, Fatima conceptualised how she wanted to do that and shared that with her nearest and dearest. Now, her closest friends and family have brought that vision to life through the Chef Fatima Foundation. To learn more, visit www.cheffatimafoundation.org