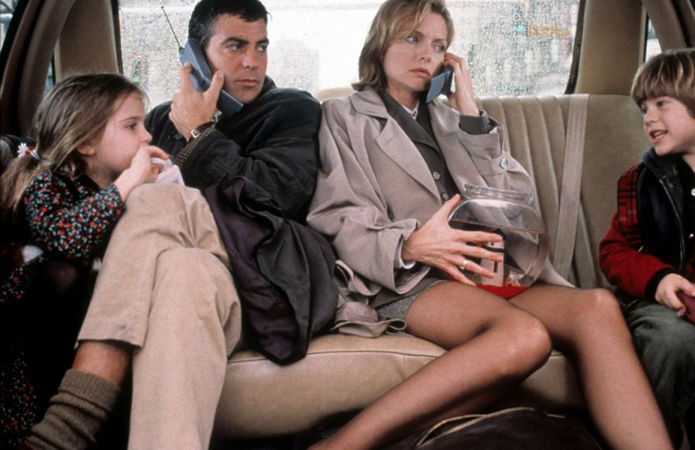 George Clooney has revealed that he once turned up drunk to the set of his 1996 romantic comedy One Fine Day.

The Hollywood heartthrob, 59, said he smelled rather like a “distillery” when he rolled up to work on the movie alongside Michelle Pfeiffer.

However, the star insisted that it only happened because of some confusion over the shooting schedule.

The star spilled the beans during a chat with Pfeiffer for Variety’s Actors on Actors series.

He said while they were making the film he went out for drinks with a friend one evening as he had no idea he was supposed to be shooting the next day.

When Clooney got home around 1am fairly “hammered” he discovered a message on his answerphone saying he was expected on set by 6.30am the following morning.

Looking at Pfeiffer, he went on: “I got to the set, and we walked to the trailer and I sat down and you looked at me. You go, ‘What?’

“And I was like, ‘I didn’t know we were going to work today.’

Clooney recalled that the pair were shooting a scene where they were talking back and forth.

“I kept trying to spray whatever mouth spray I could because I smelled like a…” he said, and Pfeiffer suggested “a brewery”.

One Fine Day starred the actors as two single working parents who fall for each other.