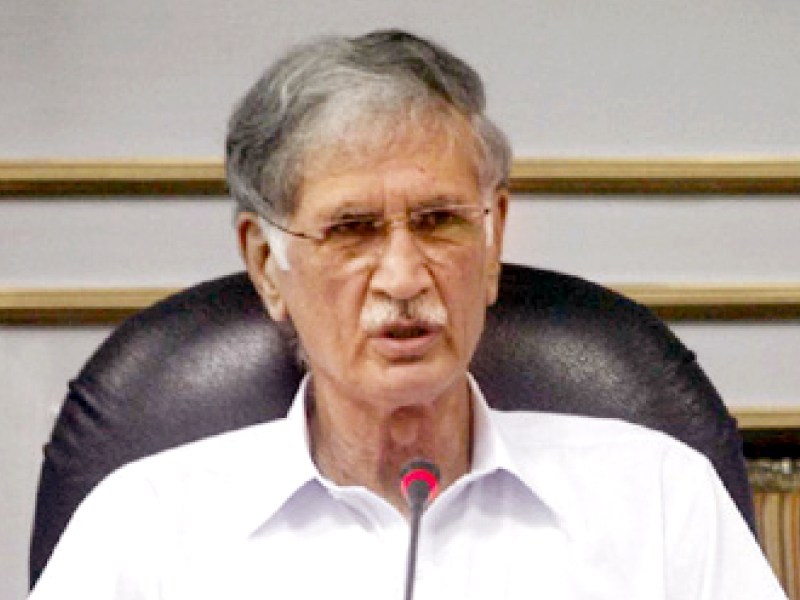 An important session of the parliamentary leaders of the opposition parties has been summoned today (Monday), sources said on Sunday.

According to sources, the opposition parties will consult over moving a no-trust motion against the prime minister and the National Assembly speaker in the session for an in-house change. “The government and the opposition have also been in contact over the working of the parliament,” sources said. “The opposition leaders have been in touch with Defence Minister Pervez Khattak, however, the two sides have failed to iron out differences over the parliamentary proceedings,” sources added. The opposition parties have demanded written guarantee over their demands, which also include equal time to opposition in the National Assembly, according to sources. The opposition parties have also demanded running the Lower House according to the decisions made by the advisory committee. “They have warned to boycott the assembly’s session in case of non-compliance of the agreement.”

“We will walk out of the session to halt the proceedings, [and] point out the quorum,” opposition sources said, adding that the opposition parties will present their demands to Pervaiz Khattak. It is pertinent to mention here that Ahsan Iqbal, a senior leader of Pakistan Muslim League-Nawaz (PML-N) had stressed in a statement that “long march is the only way to topple the incumbent government.” He also asked Pakistan People’s Party Chairman Bilawal Bhutto-Zardari to show required numbers to back up his plan of the no-trust motion. Talking to journalists in Lahore Iqbal said “if Bilawal Bhutto has the numbers to bring a no-confidence motion then he should certainly show them.” He said that a decisive long march was the only way to get rid of the government, adding that March will be a suitable month for the long march. Meanwhile, former president Asif Ali Zardari has dismissed reports of differences emerging between the PPP and the PML-N, saying the 11-party opposition alliance was on same page in its efforts to topple the Imran Khan government. The ailing PPP co-chairman made these remarks during a telephonic conversation with party leader Chaudhry Manzoor Ahmed on Sunday.

The former president said sending the Prime Minster Imran Khan-led government packing has become indispensable due to “its bad governance and incompetence”.