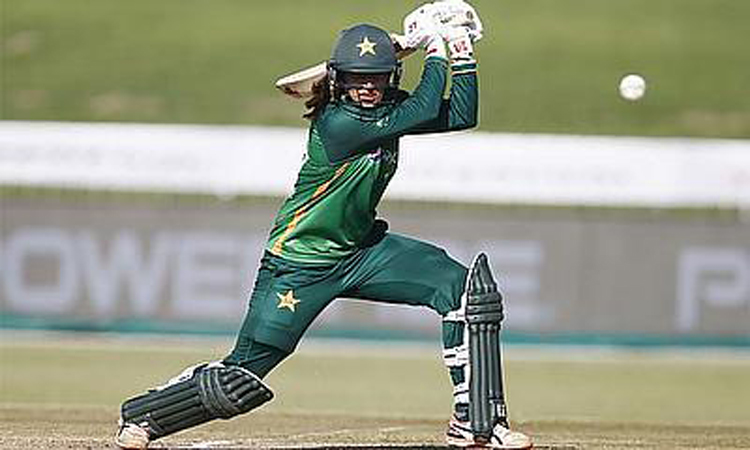 ISLAMABAD: South Africa women beat Pakistan women by 13 runs in the second ODI to take an unassailable 2-0 lead in the three-match series at the Kingsmead Durban on Saturday. Pakistan finished their 50 overs at 239 for eight in pursuit of the 253-run target. All-rounder Aliya Riaz posted the best score of her ODI career, the right-hander scored 81 off 95 balls with the help of seven fours and one six to revive the Pakistan innings. Aliya added 111 runs for the sixth-wicket with Nida Dar who scored 51 off 89 balls (two fours). This was Nida’s second consecutive fifty; the two lifted Pakistan from 73 for five in the 18th over and gave them a real glimmer of hope in their alliance.

After Nida’s dismissal, Aliya added 41 runs with Fatima Sana (22 not out) but her dismissal in the 48th over ended Pakistan’s hopes. Earlier in Pakistan’s innings Omaima Sohail played a series of delightful shots on her way to 41 off 33 balls, she hit eight fours. Ayabonga Khaka with four wickets was the best South Africa bowler, Marizanne Kapp (player-of-the-match) took three wickets. South Africa who were asked to bat first by Pakistan built their total on a series of valuable contributions led from Kapp who top-scored with an unbeaten 68 off only 45 balls, she blazed away with 10 fours and one six to set what turned out to be a winning total. Opener Lizzelle Lee scored 47 off 50 balls with the help of eight fours. Captain Sune Luus contributed 32, for Pakistan Diana Baig and Nashra Sandhu took two wickets each, conceding 43 and 46 runs respectively. The third ODI will be played on 26 January at the same venue.