* The High School Musical: The Musical: The Series actor shared the song's cover art and captioned, 'been stuck in my head since I heard it!' 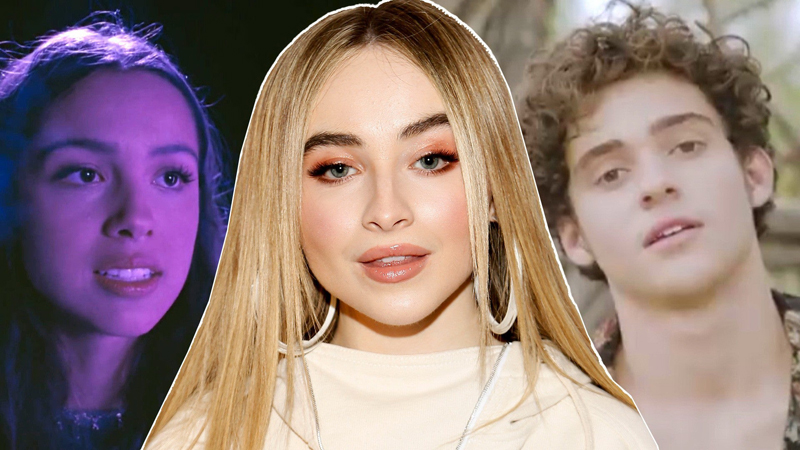 Joshua Bassett has nothing but praise for Sabrina Carpenter. On Friday, Jan. 22, the “Lie Lie Lie” singer took to his Instagram Story to give a shout out to the Girl Meets World star’s new song “Skin” which dropped at midnight the same day.

The High School Musical: The Musicial: The Series actor shared the song’s cover art and captioned, “been stuck in my head since I heard it!!! Congratulations @sabrinacarpenter on ‘skin’, the new label, & all that’s to come!!!”

For those just tuning in to this musical drama, fans are convinced that Joshua, 20, Sabrina, 21, and Olivia have been writing songs about each other.

It all started last summer when fans believed Joshua and Olivia-who played love interests on the Disney+ series HSMTMTS-had begun dating off screen but may have broken up in August. This was around the time Olivia mentioned a “failed relationship” on her TikTok account. So when the singer-songwriter released her debut song “driver’s license,” many believe the breakup song to be around Joshua.

A few days after the release, Joshua dropped his track “Lie Lie Lie,” which accused a past lover of “lyin’ through your teeth” and “actin’ all so innocent.”

Sabrina’s part in all of this? She and Joshua were on TikTok being very cute in Sharkboy and Lavagirl costumes back in November, so fans believed the pair to have spent time together during quarantine.

Because of this, dedicated viewers began putting two-and-two together when it came to Olivia’s lyrics where she sings, “And you’re probably with that blonde girl/ Who always made me doubt/ She’s so much older than me/ She’s everything I’m insecure about.”

The older “blonde” allegedly being Sabrina of course, which made the lyrics in her song “Skin” seem like a direct response to the line. “Maybe you didn’t mean it,” she sings. “Maybe blonde was the only rhyme.”

The only questions left really are: Are Joshua and Sabrina dating? And who’s dropping a song next?