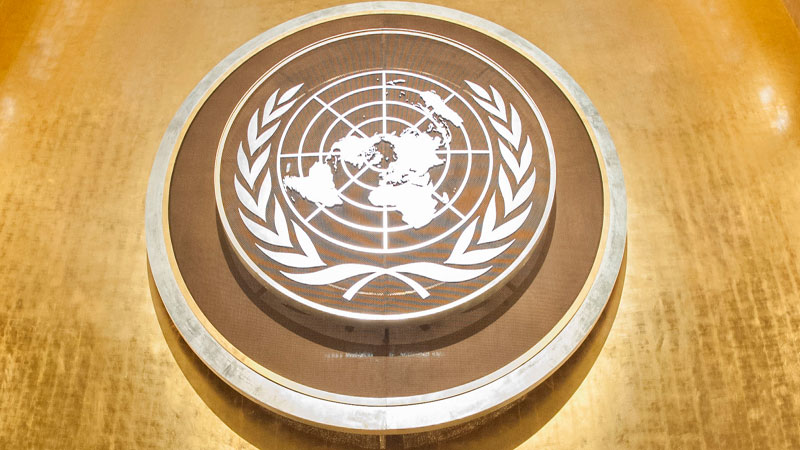 Pakistan has rejected India’s unwarranted assertions made in the UN General Assembly about the recent fire incident in a Hindu temple in Karak, Khyber Pakhtunkhwa, saying that New Delhi should set its own house in order rather than feigning concern for minority rights elsewhere.

“This is not the first time India has tried to feign concern for minority rights elsewhere while being the most egregious and persistent violator of minority rights itself,” Pakistani delegate Zulqarnain Chheena said while exercising his right of reply. India’s delegate Aishish Sharma, who spoke after the 193-member Assembly adopted a resolution on the protection of religious sites, claimed that the Karak authorities ‘stood idly by’ while the temple burned.

In his response, the Pakistan delegate said, “The clear difference between India and Pakistan in respect of minority rights can be gauged from the fact that the accused in the Karak incident were immediately arrested, orders were issued for repair of the temple, the highest level of judiciary took immediate notice, and senior political leadership condemned the incident.” “Whereas, in India, the blatant acts of discrimination against Muslims and other minorities take place with state complicity.” he added.

In this regard, Chheena cited the discriminatory Citizenship Amendment Act (CAA), National Register of Citizens (NRC), the 2002 Gujarat massacre, the 2020 Delhi pogrom, the 1992 demolition of Babri Mosque and acquittal of the accused by Indian court in 2020, blaming Muslims for spreading coronavirus; raising the bogey of ‘love jehad’, cow vigilantism and terming West Bengal Muslims ‘termites’, extra-judicial killings of innocent Kashmiris to blatant attempts to turn Muslims into a minority in Kashmir.

“The RSS-BJP regime’s record is replete with instances of gross and systemic violations of the rights of minorities, in particular Muslims,” the Pakistani delegate said. “The Indian leadership is yet to condemn the perpetrators of the Delhi massacre in February 2020, let alone bring those criminals to justice,” he further said. “As a perennial purveyor of state-sponsored discrimination against its minorities, India is in no position to pontificate on the issue of minority rights elsewhere,” he told the Assembly.

The resolution was proposed by Saudi Arabia and co-sponsored by other Arab nations including Egypt, Iraq, Jordan, Kuwait, Yemen, Bahrain, Sudan, Oman, the United Arab Emirates and Palestine, which is recognised as a non-member observer state by the United Nations. Bangladesh, Central African Republic, Equatorial Guinea, Mauritania, Morocco, Nigeria, Pakistan, the Philippines and Venezuela were also co-sponsors.

The resolution condemns the “increasing targeting of cultural property, including religious sites and ritual objects […] by terrorist attacks and outlawed militias, often resulting in destruction as well as theft and illicit trafficking of stolen items”. It strongly deplores “all attacks on and in religious places, sites and shrines […] including any deliberate destruction of relics and monuments which violate international law”. It condemns all threats to attack, damage or destroy religious sites, and denounces any moves to obliterate or forcibly convert any religious sites.

The resolution notes that the right to freedom of thought, conscience and religion are enshrined in the UN Charter and the Universal Declaration of Human Rights and that previous international efforts also focused on preventing the desecration of religious sites. “Religious sites are representative of the history, social fabric and traditions of people in every country and community all over the world and should be fully respected as such,” the resolution says.