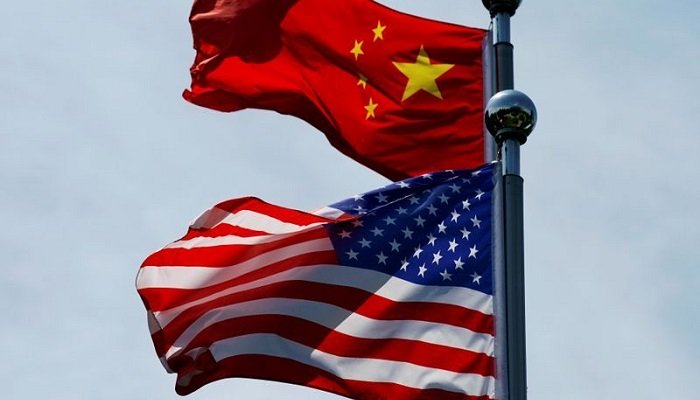 Vietnam’s ruling Communist Party gathers for a congress next week that will help shape the country’s global role for the next five years, selecting new leaders and setting policy as tensions bubble with Beijing and Joe Biden settles in at the White House.

The Communist Party’s 13th Congress, from Jan. 25 to Feb. 2, will cement leadership looking to leverage Vietnam’s economic success to bolster legitimacy. Key to that will be the challenge of balancing relations with China and the United States, for which Vietnam has become an important strategic partner, in a world economy that’s been dislodged from previous certainties.

Buoyed by the redirection of global trade in its favour because of a US-China row, Vietnam is steadily growing into one of the world’s most important tech manufacturing hubs, as well as a centre for garment-making, in an economy on track to recover faster than most after the coronavirus pandemic.

“US-China strategic competition will continue to destabilise the regional geo-strategic and economic environment over the next five years,” said Le Hong Hiep, of the ISEAS–Yusof Ishak Institute in Singapore.

“This is a major challenge for Vietnam given that the Vietnamese economy is very open and highly dependent on international trade and foreign investment,” he added.

Vietnam’s annual gross domestic product (GDP) growth averaged 6.0% over the past five years, and still expanded 2.9% in 2020 despite the pandemic that crushed economies elsewhere: Vietnam has been successful in containing the coronavirus so far with strict quarantine, testing and tracing measures.

With just over 1,500 infections and 35 deaths in total, Vietnam – one of the last five Communist-ruled countries in the world besides China, Cuba, Laos and North Korea – has seen its economy outstrip much of Asia in the past year, and is already eyeing average GDP growth of 7.0% over the next five years.

“Vietnam’s leaders will have to learn how to minimise negative impacts and take advantage of the opportunities, especially the trade and investment diversion from China,” said Hiep.

The main candidates for the new positions to be determined at the congress are all widely known in Hanoi’s political circles, but were officially declared top secret in December to discourage potentially critical debate. The Communist Party retains tight control of media and tolerates little criticism.

Vietnam officially has four ‘pillars’ of leadership: the Party chief; the state president; the prime minister and the National Assembly Chair.

While a 2016 power struggle and subsequent crackdown on corruption in government has deepened factional fault lines across Party ranks, most analysts expect continuity in Vietnam’s economic, domestic and foreign policy-making after the congress.

Bitter enemies during the US-Vietnam War, Hanoi and Washington have enjoyed significantly warmer relations in recent years, but there have been trade tensions of late.

While the shift in global supply chains caused by former US President Donald Trump’s trade war with China has benefited Vietnamese exporters, the incoming Party leadership must contend with likely increased scrutiny from the United States – and new leadership in the White House.

Its trade deficit with Vietnam widening significantly and rapidly, the United States under the Trump administration labelled Vietnam a currency manipulator late last year, raising the prospect of US tariffs on Vietnamese goods. The trade gap widened to $63 billion in 2020 from $47 billion in 2019.

The US Trade Representative said earlier this month Vietnam’s actions to push down the value of its currency were “unreasonable” and restricted US commerce, but did not take immediate action to impose punitive tariffs – leaving the decision in the hands of Biden administration.

“Vietnam will need to maintain dialogue with the US for better understanding of the Biden administration, and review sincerely its trade and monetary policies and practices,” said Ha Hoang Hop, also of the ISEAS–Yusof Ishak Institute.

Domestically, Vietnamese leaders will also have to grapple with one of the most rapidly ageing societies in Asia and the reform of an outdated higher education system that has left local highly-skilled labour in short supply.

The other principal external challenge, observers say, will be finding ways to deal with China’s increasing aggressiveness in claiming vast, potentially energy-rich, swathes of the South China Sea which overlap with Vietnam’s exclusive economic zone.