Nabila and Eman Suleman embroil in bitter feud on Instagram

* However, Nabila was not impressed and said, 'Great idea, executed badly… especially the #ichra looking hairpiece,' taking a dig at a specific locality in Lahore 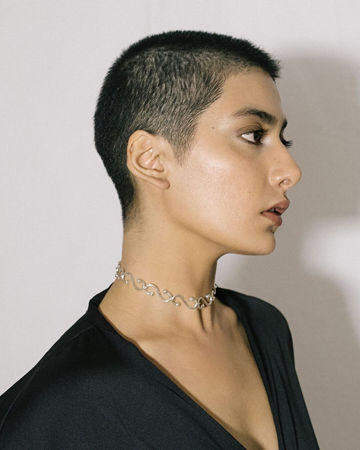 Model Eman Suleman and makeup maven Nabila seem to have landed themselves in the middle of a bitter war of words on Instagram over a hairstyle.

However, Nabila was not impressed and said, “Great idea, executed badly… especially the #ichra looking hairpiece,” taking a dig at a specific locality in Lahore. She attempted to cushion her comment, adding, “When the subject is so beautiful it’s a sin to not up our game.”

The comment did not go down well, not just with Suleman, but also the artist behind the look, Fatima Nasir. “Nabila, I think it’s a job well done, better than any parlour could’ve done. Lol,” quipped Suleman.

Nabila then went on to agree with Suleman’s take, albeit with some reservations, and added, “In my opinion, the hair finish looks too synthetic and takes away from the regal styling. Obviously we can choose to be reactive or grow from criticism. I prefer the latter.”

The comment did not go down well, not just with Suleman, but also the artist behind the look, Fatima Nasir. ‘Nabila, I think it’s a job well done, better than any parlour could’ve done. Lol,’ quipped Suleman

Nasir then took to the comment section herself to respond, explaining the situation. “Her real hair is roughly 4-5 inches long, requires a lot of skill to even fake a hairdo like this, to be honest. Made this out of real hair extensions and paddings only, blended her short hair with the structure, didn’t use a wig. Still managed to achieve the hair reference I was given with ease,” she said.

“It’s a lot easier to just criticize someone’s work don’t you think? I bet nine out of 10 artists won’t be able to achieve it,” she added.

At this, Nabila chose to take a backseat, saying, “I see u choose to react and defend… All the best.” Nasir replied that it was important to put oneself in another person’s shoes to understand, at which Nabila hit back, saying, “Dear I have been in these shoes for 35 years.”

Nasir explained that it was not about experience but the words being used. “It’s about the word ‘ichra’ you used to describe my work. People forget what you say but they never forget how you make them feel,” she said.

Nabila added that fake empathy can be interpreted as false flattery and that she doesn’t believe in it. “If I were you, I would investigate how I can improve my finishing skills… but you are not me,” she snapped.

At this, Suleman left another comment, saying, “Pls, stop being so bitter.”

The feud then carried on as other models, including Farwa Kazmi, Rehmat Ajmal, and Rubab Ali stepped up to side with Suleman and Nasir. Nasir also questioned why Nabila never left a good comment on their work and yet, chose to leave a criticism. They went on to brand her ‘arrogant’, ‘condescending’, and her words ‘disgusting’.

While her industry friends backed Suleman, some people urged them to ‘respect their senior.’ “Shame on you and yr friends! Nabila is so senior, she is your mother’s age,” said one follower. The last comment on the thread was left by Suleman, who was compelled to contemplate her choice of using the word ‘parlour’ in a mocking tone. At this, Nabila had said, “When you fake being politically correct and get caught in your own trap.” Suleman then hit back, saying, “Pls stop commenting, Nabila, your malice is showing.”

Will the two talk it out before any big shows? That’s something we will have to wait and watch!