Five reasons why we need to watch ‘Fitoor’

* Directed by Sirajul Haq, of 'Ramz-e-Ishq' and 'Raaz-e-Ulfat' fame, two of 7th Sky Entertainment's biggest hits, 'Fitoor' has become the latest talk of the town 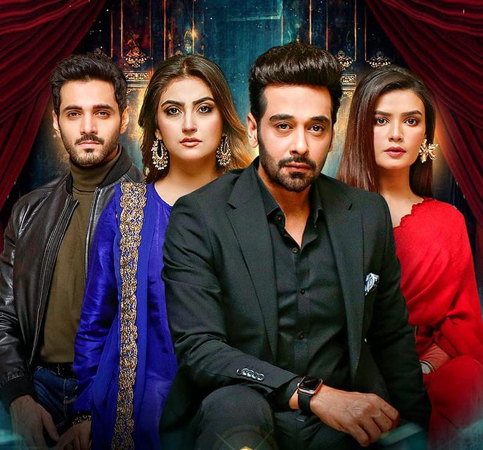 After the much hyped seasoned drama serial of 2020 ‘Dewangi,’ 7th Sky Entertainment is back with another tale of love and fate ‘Fitoor;’ that encompasses everything and make you forget about your past and short sighted about your future.

It’s one of the new exceptional plays with the start of 2021 that are being presented by 7th Sky Entertainment, under the iconic production of the power duo Abdullah Kadwani and Asad Qureshi.

Directed by Sirajul Haq, of ‘Ramz-e-Ishq’ and ‘Raaz-e-Ulfat’ fame; two of 7th Sky Entertainment’s biggest hits, ‘Fitoor’ has become the latest talk of the town and hitting up the charts. Today we are going to debunk why this drama is claiming so much appreciation and all the reasons we need to watch ‘Fitoor!’

IT’S A 7TH SKY ENTERTAINMENT PROJECT — 7th Sky Entertainment is a name synonymous with some of the biggest chart-breaking dramas reaching the highest TRPs of all time such as ‘Raaze Ulfat’,’ Deewangi’,’ Muqaddar’,’ Bandhay Ek Dour Se’ and ‘Fitrat’. The esteemed Production house has become the household names as it discovers various genres that target all kinds of audiences. Latest addition to their list is ‘Fitoor.’

ENSEMBLE CAST — 7th Sky Entertainment projects are known for their ensemble cast. ‘Fitoor’ has no exception with starring the ‘Dewangi’ famed actress Hiba Bukhari and veteran Faysal Quraishi in the lead along with Kiran Haq and Wahaj Ali in supporting roles. The cast compliments the storyline beautifully.

Seventh Sky Entertainment is a name synonymous with some of the biggest chart-breaking dramas reaching the highest TRPs of all time such as ‘Raaze Ulfat’,’ Deewangi’, ‘Muqaddar’,’ Bandhay Ek Dour Se’ and ‘Fitrat’

A UNIQUE TALE OF LOVE — apart from typical dramas, ‘Fitoor’ brings us some breath of fresh air as it revolves around a young architect named Saif, and a gorgeous young girl named Dilnasheen. Though Saif has achieved precedent heights in his professions, the memories of his past love make him feel incomplete. Dilnasheen belongs to a middle-class background, and has feelings for Hamza, the brother of her best friend. Dilnasheen’s life takes an unexpected turn when Saif and Dilnasheen cross paths.

ENGAGING CHARACTERS — the characters of the drama are totally relatable and personified. The chemistry and dynamics between the lead couple and seems very natural.

STELLAR PERFORMANCES — Hiba Bukhari has already impressed us with her acting skills in ‘Dewangi’ and we have high hopes about her performance in ‘Fitoor’ too. Faysal Qureshi is known to perform characters as if they are part of him. Both of them are truly doing justice to the characters of Saif and Dilnasheen. Wahaj Ali and Kiran Haq are equally impressing.

Albeit, Fitoor’s second episode just on-aired, still it has gained massive popularity and become our must watch drama this season. We are looking forward to its next episode eagerly. Are you too?