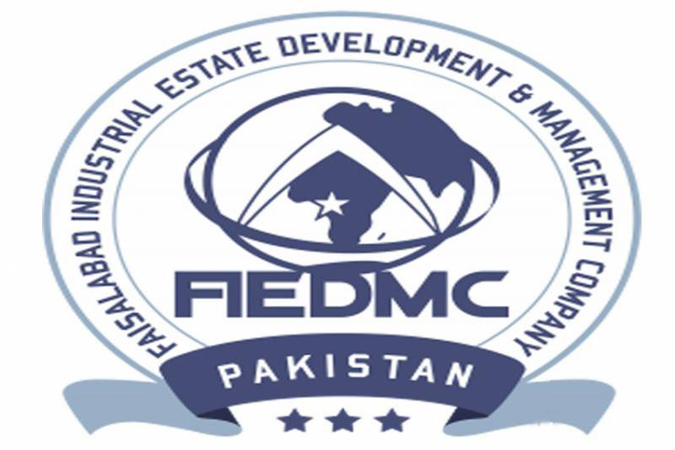 Chinese Ambassador Nong Rong has said that the investment of Chinese companies in FIEDMC economic zones will further strengthen the relations between the two countries.

He was talking to Mian Kashif Ashfaq, chairman of Faisalabad Industrial Estate and Management Company (FIEDMC). The ambassador said he would soon visit FIEDMC economic zones to encourage more Chinese investors to invest there. He said a webinar would soon be organized for Chinese investors in collaboration with FIEDMC.

Briefing the ambassador, the FIEDMC chairman said that 200 Chinese companies are investing in Allama Iqbal Industrial City, a preferential special economic zone to be set up under CPEC. He said that a special one-window center was being set up at FIEDMC for issuing visas to Chinese delegations. He said that in this economic zone, infrastructure development is being carried out in accordance with world standards with the cooperation of China. He said that the work of setting up production units by various companies in this economic zone has already started and soon the products manufactured here would be exported abroad.

US Consul in Pakistan Salvador Molina has said that all possible assistance would be provided for the development of FIEDMC economic zones. He was talking to Chairman FIEDMC Mian Kashif Ashfaq in a meeting via video link. He said that many American investors are showing interest in investing in these economic zones and he will provide them full support in this regard. He responded positively to Chairman FIEDMC’s request for cooperation from US technical universities and assured full cooperation.

Earlier, Chairman FIEDMC Mian Kashif while briefing him said that a 450-acre airport would be constructed under private partnership to facilitate access of foreign investors to FIEDMC economic zones. He said that all kinds of facilities would be provided to the international investors in the economic zones of FIEDMC as per the world standards. Mian Kashif said that more attention was being paid to the establishment of high-tech industries in Allama Iqbal Industrial City, FIEDMC’s preferred special economic zone, to further accelerate the process of industrial development in Pakistan. He said that in this regard, FIEDMC projects were also being advertised in the international media to attract more investors to invest here.

Talking to media here on Thursday, he also further extended greetings to Kamala Harris first ever woman Vice President and hoped new leadership will focus on bringing durable peace worldwide especially in South Asia besides restoring the confidence of entire Muslim Ummah in addition to fully ensuring equal rights to all irrespective of color, creed, religion and caste.

Iftikhar Ali Malik further hoped that under new era, Pakistan will be provided free market access to United States at zero duty in the wake of war on terror in the region and the US private sector will further enter into joint ventures in economic sphere. The business leader said what Pakistan needs is to opt the model of joint ventures on the pattern of Egypt and some African countries to enhance trade ties with biggest economies like the US.

He said Pakistan had been keen to explore potential trade concessions as it could import more US cotton in return for preferential US market access for its apparel export. A preferential Trade Agreement (FTA) could be a long goal because of complexity involved in the process, he further said and added that the Trade and Investment Framework Agreement (TIFA) provided an institutional mechanism to carry forward those discussions and come up with new ideas.

Iftikhar Ali Malik was of the considered view that the US should remove the bottlenecks in bilateral investment treaty and efforts should now be made to better FTA and it is now imperative that the new US leadership should offer same package and incentives which it offers to Bangladesh and Sri Lanka in textile exports, such as duty concessions and market access. “There must be an incentive package for Pakistan for being a front-line state in combating terrorism with the US. He said that Pakistan is time tested friend and suffered colossal irreparable economic losses running in billions of dollars in war on terrorism in the region.”

The Founder Chairman Pak-US Business Council further said visa restrictions should be eased for the Pakistani businessmen and exporters and joint efforts are needed to further cement the existing economic ties between Pakistan and US private sector. He said Pakistan and US are enjoying amicable relationship and coalition partners against war on terror. He said its world record that Pakistan has been hosting 2.7 million Afghan refugees for the last 40 years besides laying down the highest number human lives again war on terror.