* CM says destiny of backward and remote hinterlands will be changed 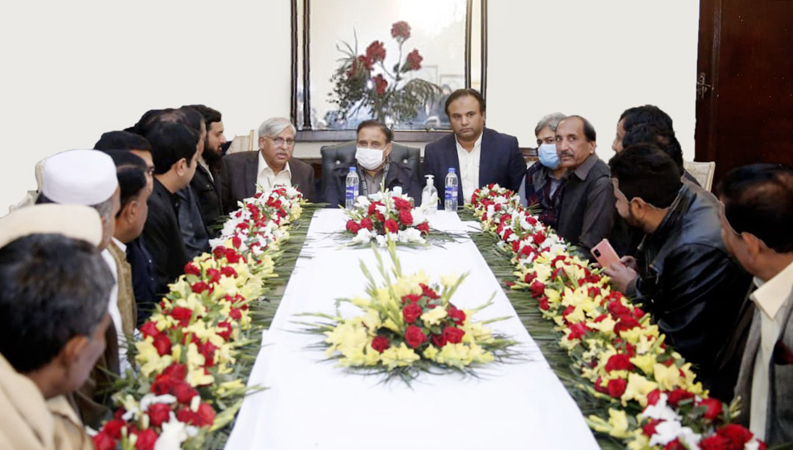 The CM listened to their problems and directed to review the expansion of the vegetable market and model bazaars’ planning. The new local government system will be in accordance with public expectations, he answered. “Being a lawyer, I fully understand the problems of the legal fraternity,” he stated. Meanwhile, the establishment of journalist colonies at divisional headquarters will be ensured. The PTI government is following a composite development agenda and the destiny of the backward and remote hinterlands will be changed. I will visit every city and town to know about public problems,” he said.

Meanwhile, Buzdar sought a report from IG police about firing by Punjab Highway Police officials at a car in Faisalabad and expressed a deep sense of sorrow over the death of a person. The CM directed impartial investigations and initiation of legal action against the accused. I am deeply saddened as defenders of the law are not authorized to take law into their own hands, he said and assured that all requirements of justice will be fulfilled. Meanwhile, the police have arrested four accused officials.

Also, Usman Buzdar has sought a report from RPO Gujranwala about the murder of a mother and four children in the jurisdiction of PS Cantt in Gujranwala. The CM extended sympathies to the heirs and directed to arrest the criminals early.

Buzdar also sought a report about a road accident near Vella Stop on Sialkot-Wazirabad road. He expressed a deep sense of sorrow over the loss of lives and extended sympathies to the heirs. He also directed to provide best medical facilities to the injured.

Meanwhile, Special Assistant to CM on Information Dr Firdous Ashiq Awan on Thursday said that all the notorious thugs have been assembled under the umbrella alliance of PDM as this political cabal is vying for power to resume their spate of plunder.

The SACM reiterated the political thugs will face defeat in the presence of PM Imran Khan and credited the PTI government for not a corruption scandal during the two and a half years of the incumbent government. The PTI has set a new example of transparency and no one could dare of usurpation of resources, she added. The political scions should better recall the days when their daddies set corruption records and huge kickbacks were received. They raised minarets of corruption and every day was started with a new scandal, she regretted. Maulana also used to make hay while the sun shines, she added. On the other hand, the incumbent government has reined in corrupt and the country is moving forward because the trust of the investors has been fully restored, concluded the SACM.