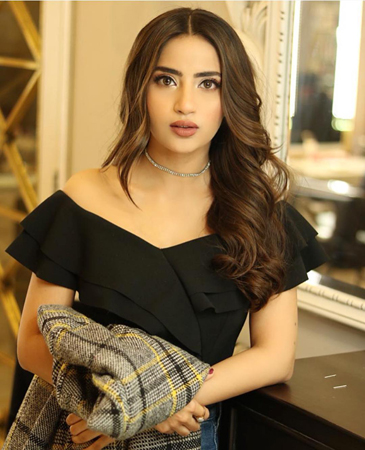 Actress Saboor Aly said that white colour still mattered a lot in showbiz industry. Saboor Aly believed that some media agencies cast on the basis of fair complexion. She expressed these views during an interview that went viral on social media.

The actress said that the stars often complain about rejection by certain media agencies on the basis of “colour”.

“The actress with more fair colour gets more opportunities,” she said while explaining discrimination in showbiz industry.

The people with brown or darker skin struggled a lot.

She also stated that it was the reason that whitening injections were being sold.

“The sad thing is that that we still have this “gora” culture,” said Aly, adding that she was not sure when it would come to an end.

She further stated that she was also not sure that for how long, such beauty standards would be part of their lives.