* 'I wanted share with you all that Clare and I have decided to go our separate ways,' he posted to Instagram on Tuesday 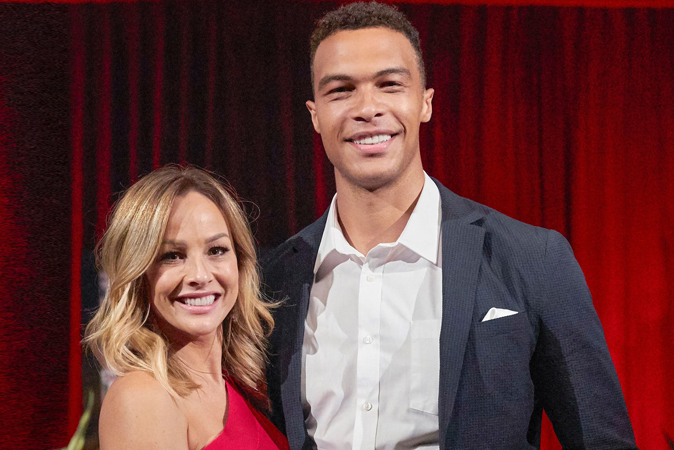 Maybe he wasn’t the one after all. The Bachelorette’s Clare Crawley and Dale Moss have called it quits two months after their engagement aired.

“I wanted share with you all that Clare and I have decided to go our separate ways,” he posted to Instagram on Tuesday, Jan. 19. “We appreciate the love and support we’ve received from so many people, but this is the healthiest decision for both of us at this time. We strongly believe in leading with love and always remaining true to oneself – something our families have taught and instilled in us throughout our lives. We only hope the best things for one another.”

Last year, the reality stars were quick to get engaged in episode four of the 16th season, making way for Tayshia Adams to shockingly step in as the new Bachelorette.

Clare said she knew early on that Dale was the only guy for her. She told the show’s producers, “I am so far in love with Dale. We have this connection where it feels like I’ve known him forever. It’s that intangible chemistry that you just can’t make up and you can’t replace.”

Last year, the reality stars were quick to get engaged in episode four of the 16th season, making way for Tayshia Adams to shockingly step in as the new Bachelorette

The former football player clearly felt the same way, admitting, “I’m falling in love with you through this process. I’m not afraid to say that at all. My heart is open and I’m not gonna fight that.”

Not long after Clare and Dale got engaged, she was already hinting at plans to grow their family, declaring, “Babies are on the agenda.”

She shared on the Nov. 10 episode, “We’re just happy to, like, start our lives together and to get to know each other more, and more and more.”

The couple faced plenty of critics that doubted their connection was real, but Clare stood her ground. In November, she told Good Morning America, “I’d be lying if I said it’s been easy because I’m human.” She added that the amount of negativity in the world “blows my mind.”

Later that month, the duo finally got their hometown date when the hairstylist gave Dale the “ultimate tour of Sacramento,” and he then showed her around his native South Dakota.

However, things between Clare and Dale soon went south. An insider told E! News the couple had been “fighting a lot” over their opposing plans for the future.

“They are mainly in disagreement over lifestyle preferences,” the source shared. “Dale wants to be in a lively city and focus on his career, and Clare is rooted in Sacramento to help care for her mom. It’s been very tense recently between them.”

Now that we know their relationship is over, we need to know: Has anyone checked in on Tayshia and Zac Clark?