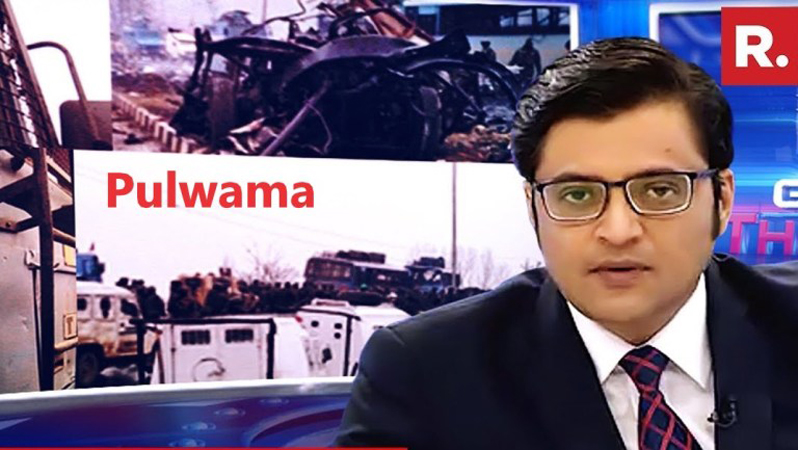 The latest chat leaks of television anchor Arnab Goswami have exposed the state-sponsored terrorism of India. Here are 10 questions the people in India should ask their government and media about the 2019 Pulwama attack:

1. Who launched and trained the suicide bomber of Pulwama terror attack that killed 40 personnel of India’s Central Reserve Police Force?

2. After Pulwama blast, Indian military commander Lt. General D.S. Hooda said that the material had been taken from stashes of explosives being used to broaden the Jammu highway where the attack occurred. What happened to that report?

3. Who was deployed at the security of the supplies of explosive?

4. Why the responsible were not held accountable?

5. Are elements like Colonel Purohit having a background of patronizing State-sponsored bomb blasts, still active in Indian army?

6. Are the weapons and explosives of Indian army being transferred to the local terrorist outfits?

7. How TV anchor Arnab Goswami could tell three days in advance of Balakot airstrike that “something big” was going to happen?

8. Do Arnab Goswami have links with the office of India’s National Security Adviser Ajit Dovil?

9. Do regular instructions are given to India media from the office of Prime Minister Narendra Modi to wage a persistent media war against Pakistan?

10. If not, then how come a television anchor reached the confidential operation room of Indian air force?

The sane voices in India have started to emerge, questioning the credibility of Indian Prime Minister Narendra Modi’s government and the State-sponsored terrorism. The official Twitter account of the Youth Wing of Indian National Congress expressed dismay over the “celebrations” on the killing of 40 army personnel.

Indian political activist Gaurav Pandhi hit out at the Bharatia Janta Party (BJP) government of Prime Minister Modi for having prior information about the Balakot airstrike after Pulwama, and its link with victory in polls. Member of Indian National Congress Rahul Gandhi categorically raised three questions about Pulwama attack: Who benefited the most, what was the outcome of inquiry and was anyone held for security lapse?

Indian journalist and author Swati Chaturvedi said BJP was now trying to save the Prime Minister Office for the security details shared with Arnab Goswami, which she said, were not available with other journalists. Indian politician and author Shashi Tharoor called for invoking “serious inquiry” into the leaking of military secrets.