Real culprits behind electricity blackout in Pakistan still at large 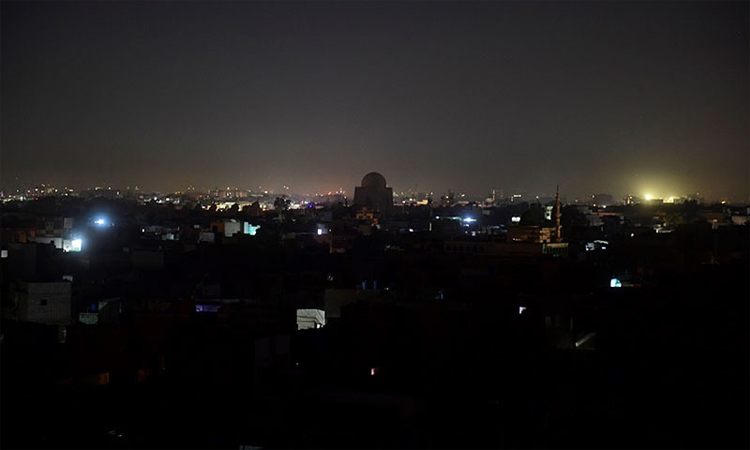 On the allegations of involvement in electricity blackout that plunged the entire country into darkness last week, the government has suspended seven employees of the Guddu power plant, but real culprits, who caused a loss of $72 million to this plant, including many other unlawful practices, have never been punished, Daily Times has learnt reliably.

After initial inquiry it was said that the suspended employees were the original source of tripping that cascaded through the entire system leading to the automatic shutdown of generation plants in less than a second. However, as per available investigative information, it was not a matter of only single trip, it seems some well-planned strategy under which many ‘bigwigs’ are getting benefits in different shapes by and large. Some such ‘bigwigs’ are holding key positions at GENCO Holding Company Limited (GHCL) Islamabad that operates the all four GENCOs in the country including Guddu (GENCO-II).

According to a special audit report, a copy of which available with this scribe, the management of Guddu plant spent 72 million US dollars in the name of upgradation of the plant unlawfully.

The report says that as per book of financial powers 2010, it was mandatory to advertise this matter in the national press after getting approved from the Board of Directors (BoD). “It has been violated PC-I restrictions and PPRA rules,” it said adding that instead of following the rules the dollars spent merely on suggestion of GE got through an email that, it pointed, was unjustified. It is further intimated that an amount of Rs 1735 million has been paid to MS/GE global

The report highlighted that feasibility report must have to be prepared, as the work done, is of development nature PC-II should have should have been prepared and got approved from competent forum.

It further added that the work was purely of the development nature, whereas the expenditures have been wrongly booked under the account of spare-parts which needs justification.

Furthermore, it stated, the appointment of finance director Masood Ahmed at GNECO-III Muzaffargarh that was unjustified and causes loss of Rs 14.36 million to the organization and should be removed from the post. The management complied with directions of the audit and DAC. After removal, interestingly, he has been appointed as Chief Financial Officer (CFO) at GHCL Islamabad which apparently is a bigger position then from that he had been fired.

The sources disclosed that CEO GENCO Holding Company Limited Muhammad Imran Mian ever give favor to the people such who are suitable for him as he himself is occupying the post illegally. They added that his academic qualification also does not fulfil the requirement. “As rules, its mandatory for that the person should have engineering degree, which Imran Mian does not,” said a senior official in the organization while wishing anonymity.

When asked the CEO Muhammad Imran Mian confessed that he don’t have engineering degree but defended that it was management post and qualification for this was business administration, ACCA/CA instead of engineering. He added that Islamabad High Court also given verdict in his favor in this regard. When asked about the copy of judgment, he promised to share but did not share so far.

As per rules, Prime Minister of Pakistan has the authority to appoint CEO GENCO Holding Company Limited through proposal moves from cabinet. Surprisingly, Mian Imran has no such legal standing and has been holding this post since 2018. He claimed that the cabinet appointed him and all this documented, but he never shared a single document in this regard.

When asked about the observations highlighted in the special audit report, he claimed “All paras have been settled down and the DAC informed the Auditor General office accordingly.” However, as per reliable sources, the paras never settled and nor it been conveyed to the Auditor office.

An official privy to the all issues of the GENCOs said wished not to be named said that the power sector has rapidly decayed under those such people who know nothing of technical issues and it is causing the accumulation of a debt of over Rs2.3 billion, electricity theft, lower bill collection, lack of transparency and poor governance. He revealed that there is an invisible private mafia messing up with the power generation, transmission and distribution company, which keeps continue to provide special sort of benefits to the such dishonest people in the organizations concerned.