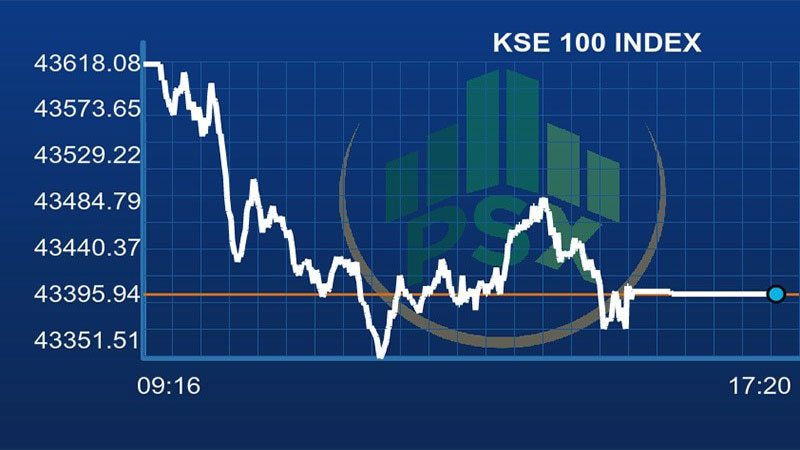 Theindex continued to hover below 46,000 level as investors injected some fresh momentum primarily in Exploration & Production sector on the account of the news reports suggesting that Power Division has forwarded its proposal to Economic Coordination Committee (ECC) for allowing Mari Petroleumto remove the cap for dividend distribution after which the stock closed at its upper circuit. Moreover, investors also reacted to the news reports that petroleum has also proposed the ECC on removing cash payout restrictions.

According to the National Clearing Company of Pakistan Limited foreign investors’ were net buyers of worth $1.73 million worth ofshares. Among local investors the selling chart was led by Mutual Funds, which off-loaded $6.98 million of equities. However and Insurance Companies mopped up $3.05 million and $2.17 million worth of equities.

Sectors that lifted theindexwere Power Generation & Distribution with 79 points, Oil & Gas Exploration Companies with 71 points, Technology & Communication with 40 points, Miscellaneous with 12 points and Cable & Electrical Goods with 7 points. Among the scrips, the most points added to the index was by Hub Power Company Limited which contributed 74 points followed by Mari Petroleum Limited with 62 points, TRG Pakistan Limited with 54 points, Bank Al HabibLimited with 30 points and Oil & Gas Development Company Limited with 23 points.