The soulful song Khudaya by the young singer Talha Nadeem is one everyone should listen to. It touches your heart and makes you sing along the plea to God for blessing, straight from the heart. The yearning coupled with a power voice and strong notes just mesmerise you and take you to another melodious dimension. It is important to note that these beautiful words paired with serene voice is not one time hit coming from this multitalented young man. He has not only the passion and voice to do so, but also has the training. He joined the National Academy of Performing Arts (NAPA) for learning music and started his career professionally in the year 2011 also as a vocalist for an underground rock band.
The Pakistani music industry despite making some progress with popular applications like Patari, Taazi and BestSongs.Pk and with shows like Coke Studio, Pepsi Battle of the Bands, Cornetto Pop Rock etc that are backed by corporate sponsors, it still has a long way to go. 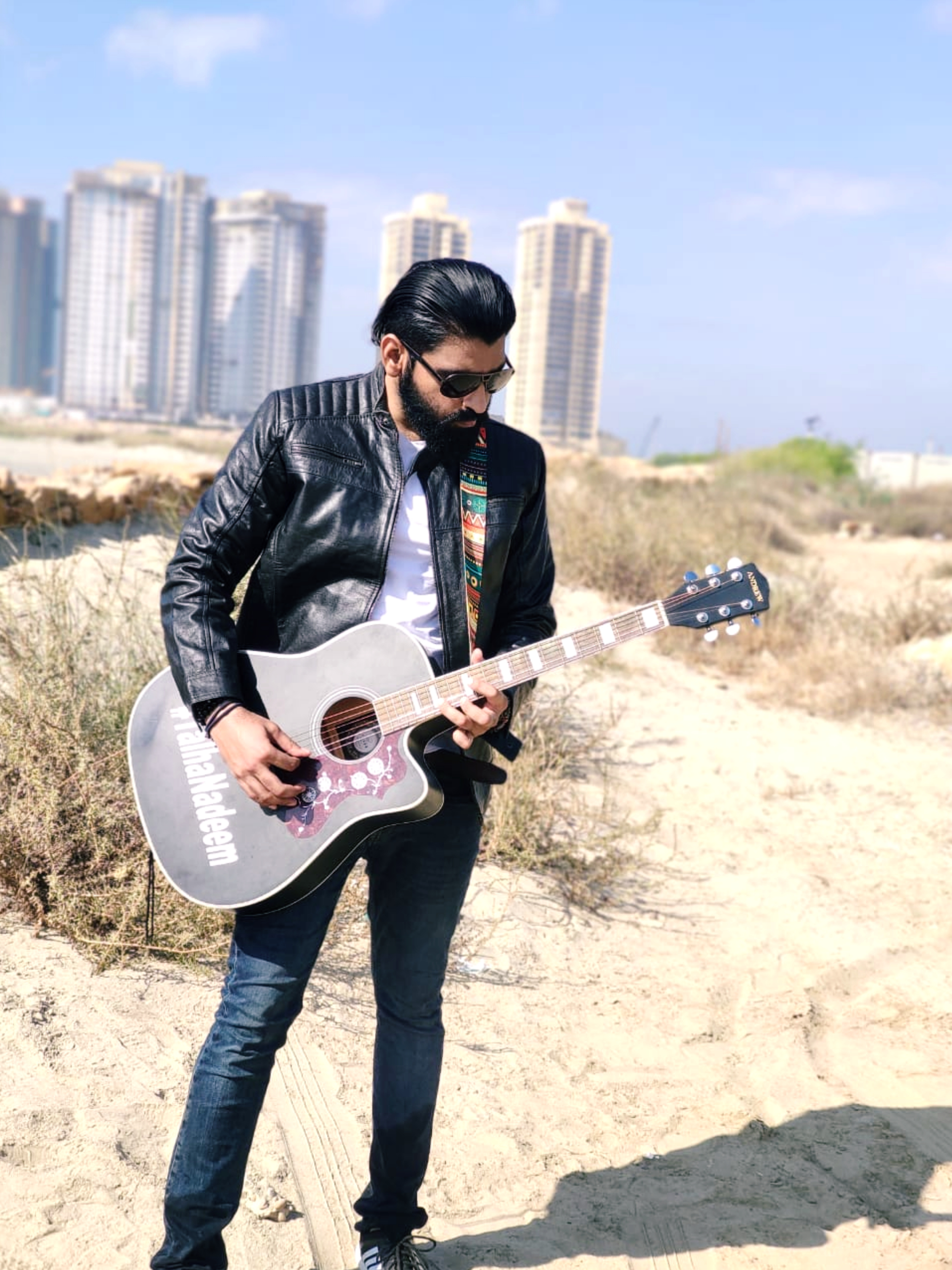 While many mainstream musicians are able to survive in this fragile industry that is riddled with corruption, piracy and many other negative factors that don’t let it achieve its full potential, the underground and new artists are the ones that become the target in this entire horrific circus.

However, if there is one thing that Pakistani musicians have which can’t be taken away by anything even by those who don’t want this industry to progress, it is the passion they have for their music and that passion is represented through the amount of effort they put into it.

One such passion comes from the city of lights and that is a business student from Iqra University Karachi named Talha Nadeem. He has not only become an inspiration to many young people who want to pursue a career in music but to many people who are on the quest to achieve their dreams. Talha Nadeem started producing original work with Dooba Dooba in 2013 followed by eight other singles which are Tu Hi Hai, Rahon Mai, Wafa, Maula, Nazdikiyan, Tanha, and Talaash.

Talha, (born 17 December 1987) is a Pakistani singer, songwriter, musician, and composer. He launched first original song as music video Dooba Dooba in 2013. Launched the debut solo album “Rahon Main”, containing 13 tracks in 2019 independently. One of the few DIY artists who have launched their album on their own in this time where there are no record labels and no earning and sales from the album. He continues to add value to music industry by performing in over 50 gigs & concerts so far and always willing to showcase talent at any platform.
Born in a non-music family, his grandmother was an Urdu poet, writer and member of Hamdard Shura Akhtar Sultana (Akhtar Begana) daughter of Dr. Azam Qurevi (Indo-Pak writer). He was very close to his grandmother who became influence for Talha to write his own songs and pursue his passion of music.
Talha’s rise to glory and about his illustrious career which started in 2015 with a super hit song “Tu Hi” hitting a million views bringing appreciation from all quarters.
A true artist is always close to God and so Sufi based song “Maula” touches everyone’s heart. His far-reaching voice echoes that everything in this world bows before the All-Mighty.
Fans who were desperately waiting for the return of a tale of success that Talha has been delivered by this new song Khudaya. It marks yet another achievement for him to bring such an extra ordinary and touching song to the listeners all on his own without any promotional backing. We must appreciate such young aspiring singers and give them a chance to be heard more, so they can polish their talents and shine through the fog of nepotism.