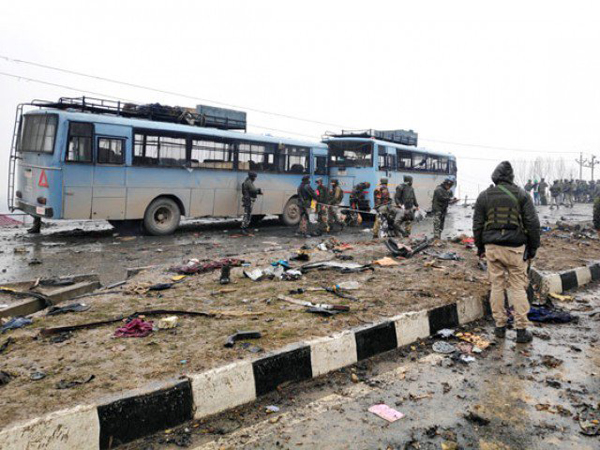 The Foreign Office said in a statement that the chat made public by Mumbai police as part of its investigations into the manipulation of TV ratings vindicated Pakistan’s stance.

According to ThePrint, a New Delhi-based online newspaper, the exchange between Goswami and then Broadcast Audience Research Council (BARC) chief executive Partho Dasgupta over WhatsApp, a multiplatform messaging application, revealed that Modi and his Bharatiya Janata Party (BJP) administration had planned the air strike, just before the election, in a way that would ‘elate’ the people. India media and authorities claimed killing 250 to 300 terrorists in Jaba area of Balakot. But those claims were not only rebuffed by Pakistan but also international media outlets, which found no such evidence. In reaction to the Indian air strikes, Pakistan retaliated the very next day, shooting down two Indian planes of which one fell on this side of Line of Control (LoC). Pakistan captured the Indian pilot but freed him soon to avoid further escalation.

“In recent months, the world community has been presented with irrefutable evidence of India’s state-sponsorship of terrorism against Pakistan and anti-Pakistan disinformation and smear campaign globally,” the Foreign Office said in the statement.

“The transcripts included in the Mumbai police charge-sheet against the Republic TV anchor in the TRP case have further exposed India’s sinister designs and vindicated Pakistan’s long held position,” it added.

It said the latest revelations further confirmed what Pakistan had consistently pointed out: The BJP government stages “false flag” operations; maligns Pakistan with terrorism-related allegations; stokes hyper-nationalism in the country; claims to have launched so-called “surgical strike”; and then deviously manipulates national sentiment in its bid to win elections. The pattern is unmistakable, and has been repeated to suit the RSS-BJP regime’s electoral calculations.

“We had, at the outset, rejected India’s malicious propaganda against Pakistan and highlighted that the biggest beneficiary of the Pulwama attack in February 2019 was the BJP government, as it secured landslide victory in the ensuing Lok Sabha elections. The transcripts provide further evidence of how this whole enterprise from ‘false flag’ operation to massive electoral success was scripted and fully realised.”

It further said the transcripts also illustrated the unholy nexus between the ‘Hindutva’ regime and its cronies in the Indian media.

“On the one hand, they show how far and deeply the extremist agenda of the RSS-BJP combine has permeated India’s institutions and pillars of the state. On the other hand, they show how the rights and freedoms of Indian citizens and democratic values in Indian society are being seriously jeopardised through cynical manipulation. Equally important, they show how actions of this reckless regime driven by considerations of domestic politics are gravely imperilling regional peace and security.”

The statement also said Pakistan, for its part, will continue to counter Indian falsehoods with truth and act firmly and responsibly in the face of New Delhi’s provocations.

“We hope that the international community would take full cognisance of the situation and hold India accountable for its actions vitiating the regional environment and endangering peace and security in South Asia,” the statement concluded.

In a tweet, the minister said that leaked WhatsApp chat of Arnab Goswami has vindicated Pakistan’s stance that Pulwama attack and Balakot crisis were false flag operations planned to whip anti-Pakistan sentiment for Modi’s election victory.

He said that one after another India’s lies and deceptions were being unveiled to the world. He said that from their support to terrorism in Pakistan, their disinformation campaign across the world, to their false flag operations, all were unveiled.