* Shibli Farazz says PTI has submitted 40,000 entries to ECP with addresses, phone numbers and authenticated transactions but parties in PDM couldn't even submit replies regarding foreign funding till date
* 'All parties must provide funding details'
* Farrukh Habib says investigation of financial records concerns not just PTI but all parties 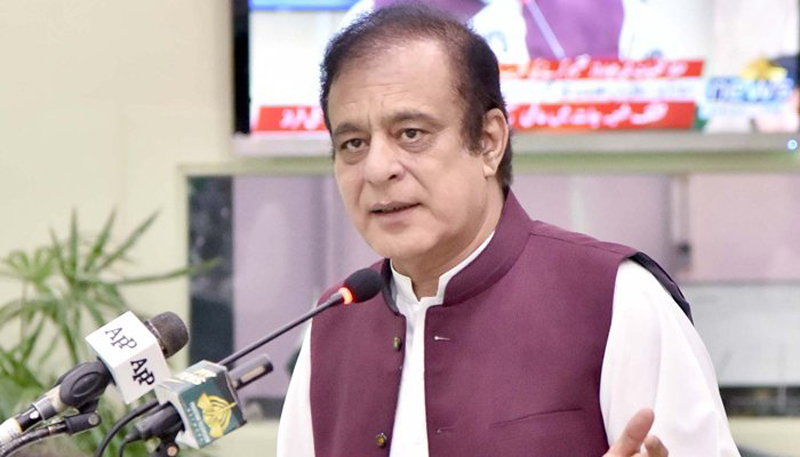 Minister for Information and Broadcasting Senator Shibli Faraz on Sunday said opposition parties’ planned protest outside Election Commission of Pakistan (ECP) was a crude attempt to mislead masses and intimidate the national institution.

Shibli Faraz said Pakistan Democratic Movement was a matter of the past as the masses had rejected their narrative and refused to join their protest rallies that were meant to protect their looted money.

He said these parties have played all their cards. Shibli Faraz said the PDM has faced defeat and embarrassment on all fronts.

He said Pakistan Tehreek-e-Insaf (PTI) has already submitted to the ECP all the details related to the foreign funding it had received.

The minister said PTI has submitted 40,000 entries with addresses, telephone numbers and authenticated transactions. On the contrary, he said parties of Pakistan Democratic Movement (PDM) have not been able to submit replies regarding foreign funding till date.

Shibli Faraz said PDM parties had tried to trap PTI but now they themselves were caught in their own trap.

The ECP Scrutiny Committee repeatedly asked for the identity cards and addresses of the persons who donated for both the parties but they had failed to provide any satisfactory answer, he said. He asked them to submit the details to the ECP so that the public could know who was liar and fraud. He asked PDM leaders to appear before the scrutiny committee and submit required documents and account for illicit funding instead of hiding behind protesting gangs.

Faraz noted that under the orders of the Supreme Court, and as has been the practice, after the election symbol is given to a party, it is bound to provide accounts for the past 5 years.

“We have done [our due diligence] but now the matter has fallen to them (opposition) to provide proof of their funding and the big expenditures they make with the help of vested interest groups.”

The minister said it was ironic that those who had benefited from the National Reconciliation Ordinance are accusing the present government of wrongdoings in the Broadsheet issue.

He added that the prime minister had constituted a committee which would bring the United Kingdom judge in the Broadsheet case and expose the former rulers.

Meanwhile, Farrukh Habib said that bookkeeping and maintaining of financial records and transactions for submission to the ECP were incumbent on all political parties, and the investigation of such records concerned not just the ruling Pakistan Tehreek-e-Insaf but all political parties.

Habib said the matter was an “open-and-shut case” which left no room for confusion since under Article 6(3) of the Political Parties Ordinance and Article 17(3) of the constitution, all political parties were duty-bound to maintain financial records and submit them to the ECP. “This is [a matter for] all political parties especially the PPP, PML-N and JUI-F,” the federal secretary said. News desk