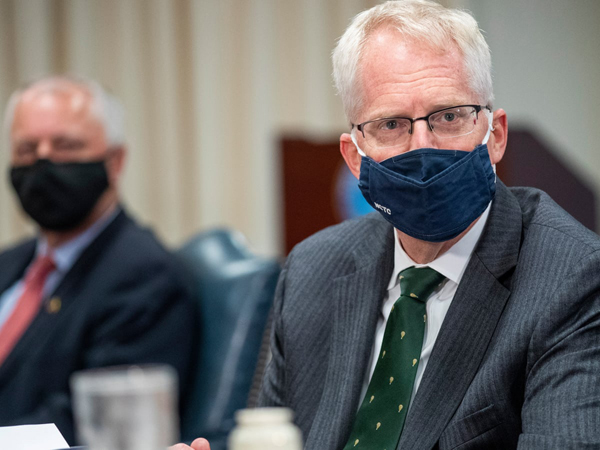 War-weary Afghans are debating if reduction in the US troops in Afghanistan will further deteriorate security as the Taliban and the Afghan forces are involved in fighting despite the Doha agreement. Acting US Defense Secretary Christopher Miller announced on Friday that the US force levels in Afghanistan have reached 2,500.

The unclaimed target attacks have also increased in Kabul and other cities in recent months and also gunmen killed two female judges on Sunday. Taliban denied involvement in the murder of the female judges. These attacks have increased people’s concerns and also exposed the fragile security in the Afghan capital. Afghan leaders are in a fix over the Pentagon’s announcement to further reduce the level of US troops.

Maulvi Rahmatullah, spokesman for the office of Afghanistan’s National Security Council, played down the Pentagon’s announcement and said reduction in the levels of the American troops will not affect the current security situation in the country.

“Reduction or increase of the American forces do not have any major negative impact on the fighting situation in Afghanistan,” Rahmatullah said, adding Afghanistan’s security and defense forces are fighting 96 percent of war.

However, Afghan Vice President Amrullah Saleh has said in reported comments the “pull-out risks more violence in the unstable country.” Saleh told the BBC on Friday that the American mission, which began 20 years ago, is not yet accomplished. The US made a mistake in conceding too much to the Taliban, he said.

Taliban spokesman Mohammad Naeem welcomed the US decision and said the withdrawal of other US forces from Afghanistan is a good advancement and practical measure. “Undoubtedly, the practice of the agreement signed between the IEA (Islamic Emirate of Afghanistan) and the US is in the benefit of both countries and nations. We ensure them from our side that we are committed to the commitments made in the agreement and want the same from the other side,” Naeem tweeted on Saturday.

The US, its allies and coalition will complete withdrawal of forces in 14 months in accordance with the Us-Taliban deal signed on Feb. 29. US President-elect Joe Biden’s administration will decide about the fate of remaining American troops.

Biden’s National Security Advisor (NSA) pic, Jack Sullivan, hints an end to the conflict in Afghanistan in a recent interview with CNN. He said the United States, under President Joe Biden, will support diplomacy and that Biden’s administration will “ensure through America’s national security strategy that Afghanistan never again becomes a safe haven for terrorists to attack the United States.”

The US military still provides air support to the Afghan forces and strikes the Taliban positions when the insurgents carry out attacks in the areas under Kabul’s control.

The acting Pentagon’s chief said on Friday the United States is closer than ever to ending nearly two decades of war and welcoming in an Afghan-owned, Afghan-led peace process to achieve a political settlement and a permanent and comprehensive ceasefire.

However, there is currently no ceasefire and the Taliban and Afghan government’s negotiation team have not yet finalized an agenda. For the Kabul team, ceasefire is a top priority, but the Taliban want the other side to agree to a future Islamic system before the declaration of a ceasefire.

The US special representative, Zalmay Khalilzad, along with the American top commander in Afghanistan, General Miller, and their team met the Taliban leaders in Qatar to review the ongoing intra-Afghan negotiations.

Taliban spokesman Naeem confirmed that meeting and wrote on Twitter on Sunday that a multilateral meeting took place between the political deputy and head of the political office Mullah Abdul Ghani Baradar, Shaykh Mowlavi Abdul Hakeem Haqqani, head of the negotiating team, and the deputy prime minister and Foreign Minister of Qatar, Shaykh Mohammad bin Abdul Rahman Al-Thani and his team.

“During the meeting, the importance and implementation of the agreement and the current situation of the country was discussed. All sides emphasised that issues should be solved via dialogue and every side should fairly fulfill its responsibilities in this regard,” he said. Khalilzad — who secured a landmark deal for the outgoing Trump administration to end the longest war in US history — has not yet succeeded in convincing the Taliban to declare a ceasefire. Taliban leaders have rejected calls for ceasefire as they consider it as a major option to maintain its dominance on the table. A group of Taliban bombers stormed an intelligence workshop in Kandahar on Saturday, claiming casualties on the intelligence officials.