Anti-polio drive achieves 98% of its set target in Pakistan 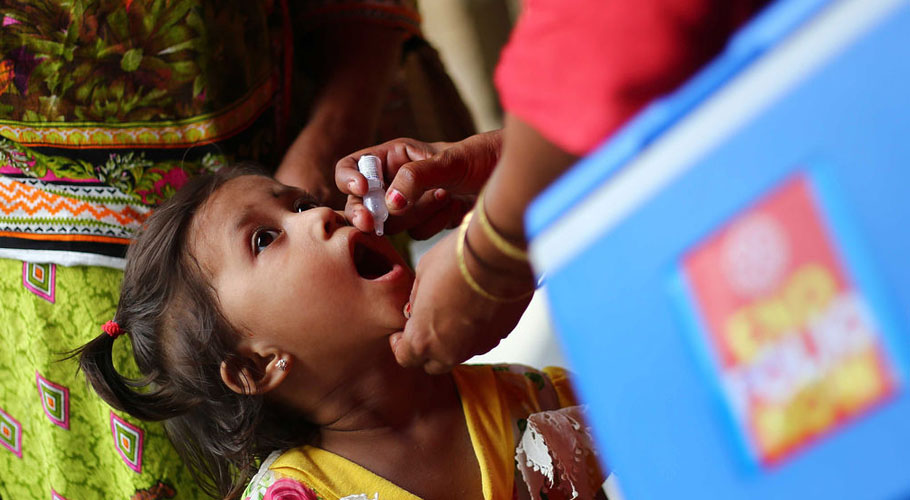 The first anti-polio drive of 2021 has achieved 98 percent of the set target across Pakistan on Sunday. In a report compiled by the Anti-Polio Task Force, the drive received an overwhelming response and with the cooperation of the parents 98 per cent target of the drive was achieved. According to the report, over 40 million children under the age of 5 years were administered anti-polio drops by the vaccinators. 99 percent of the target of vaccinating the children against the crippling disease was achieved in Punjab and Sindh provinces, while 96pc and 95pc targets were achieved in Balochistan and KP respectively. In Azad Jammu and Kashmir 99 per cent of the set target of the drive was achieved while the 100% target was achieved in GB. As many as 2,87000 vaccinators took part in the anti-polio drive across the country, who were trained before the campaign in compliance with the coronavirus related SOPs. Polio vaccination resumed under strict COVID-19 prevention measures in July in Pakistan after a four-month pause triggered by the global pandemic. Sources within the health ministry said that today (Sunday) is a catch-up day of the anti-polio drive in Karachi, Quetta, Peshawar and Khyberblock.