Since there will soon be a new administration in Washington DC, many countries of the strategically important regions must be busy in reviewing the briefs on their relations with the USA. We can safely count the Middle East, South Asia and the East Asia and Pacific in these regions. Pakistan is one of the most important countries in South Asia and the greater Middle Eastwhich would essentially witness a flurry of political, economic, strategic and diplomatic moves by the US and allies. Pakistan will certainly figure on the chessboard of pressures and inducements in the perspective of India and China.

The democratic administration of Joe Biden will continue to view India as the only countervail to China in South Asia and South East Asia and Pacific maintaining close relationship with it to the obvious disadvantage of Pakistan. Pakistan may not lose all of its importance to the US in this equation to graduate for normal relations. However, Pakistan will have a tightrope walk maintaining its present level of relations with China and a functioning relationship with the USA. Pakistan’s position will be impacted by a number of factors.

While pursuing the Obama’s policy of “Pivot to Asia” albeit in milder way, President Joe Biden will not overlook the BRI and CPEC connecting China with over 60 countries with immense economic windfall. The trade dispute with China will not have the significance or urgency attached to it by the Trump administration. It would linger on for some time causing friction between the two countries until a mutually acceptable solution is worked out to get rid of this irritant.

Pakistan’s close economic and strategic relations with China and its new-found warmth with Russia, supported by Turkey and Malaysia, and the escalating border tension between China and India  could provoke pressures or inducements from the US to wean it (Pakistan) away from this informal group.The American diplomatic priorities in South Asia have historically shown that whenever India had any tense relationship with China, the US turned its pressure on Pakistan to acquiesce to the domination of India in the region or refrain to go into the tight embrace of Beijing. It would not be an exception this time also if the situation on the Sino-Indian border further deteriorates.

It is here Pakistan has the litmus test of its diplomatic skills. We must remember it is the function of diplomacy to look for various approaches and to avoid abrupt talk that sounds like ultimatums

Though this time India is politically and diplomatically in straitjackets being critically looked upon for its Hindu majoritarian policy excluding millions of people particularly the Muslims and other minorities; fascist handling of the disputed territory of Jammu and Kashmir locking down over 8 million hapless Kashmiris; its military pasturing to menace all its neighbours, the US-led Western countries would tend to consider it as the only option to counterpoise China. Thus, we would be well advised to unhinge our policy from India prism while seeking recalibration of our relationship with the USA.

The Joe Biden administration will be dealing with the Afghanistan problem in entirely changed strategic conditions. The second session of intra Afghan talks is being held in Doha. The talks are slow and strenuous. It does not seem both parties are geared to work out a comprehensive peace agreement within the first 100 days of the new American government. They are weighing other options too. Pakistan has so far played a crucial role in Afghan talks acknowledged by the US and allies. Still some more pressure on Pakistan to further nudge the Taliban to come to terms with the Kabul regime is likely to come from the Americans.

The Afghan problem is very complex. Given the history of the political and economic rivalry within various geographical and ethnic enclaves in Afghanistan, it is too difficult to expect the warring factions to come to terms on ceasefire, power sharing formula, merger of Taliban militia into the Afghan national army and ward off the peace spoilers. Pakistan has been counseling the Taliban to conclude an agreement with the Ashraf Ghani Government. However, Taliban having their strategic priorities and compulsions are unlikely to go all-out to follow Pakistan’s advice.

The American leaders will be dealing with an altered situation in the Middle East. The geo political and strategic changes in this region kindled by the Trump administration will have greater impact on the US policy in the Arab world particularly about the Gulf region and the Nuclear Deal with Iran. The Gulf countries rush to establish diplomatic relations with Israel and deepening their political, economic and strategic relations with India to the sheer disadvantage of Pakistan could not have taken place without a signalby the US. The US, in all probability,was putting indirect pressure on Pakistan to accept the dominant position of India in the region and refrain from deepening its economic and strategic relations with China.

However, keeping all this in view, one can safely presume that the US will not push Pakistan too hard to cede concessions to India lest it (Pakistan) finds no other option than goinginto the orbit of the undeclared Sino-Russian alliance. Pakistan has a diplomatic dilemma in the sense that it desires functional relations with the US based on shared interests; it will be unwilling to yield to the hegemony of India even if US so desires, and it does not want to restrain and restrict in any way its rounded relationship with China.

It is here Pakistan has the litmus test of its diplomatic skills. We must remember it is the function of diplomacy to look for various approaches and to avoid abrupt talk that sounds like ultimatums. We have already had damaging results of such bragging talk.

Pakistan is a country of 220 million. No country can ignore it. We are well advised to address our internal weaknesses particularly the political instability, economic malaise and the religious extremism that have proved our Achilles’ heel. Weak states attract bully and aggression. 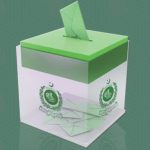