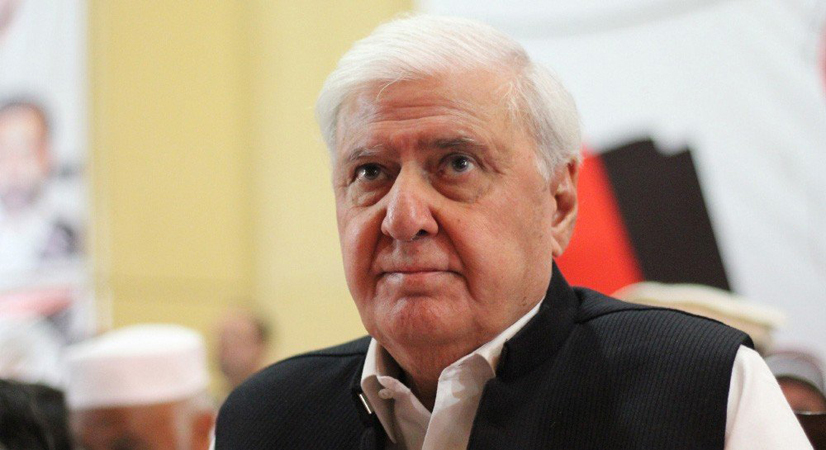 Information provided in the London High Court’s arbitration order between UK-based asset recovery firm Broadsheet LLC and the government of Pakistan (on behalf of NAB) continues to rattle the Pakistani government and public alike as it turns out that successive administrations not only let the opportunity to hold former prime minister Nawaz Sharif accountable for money laundering go begging but also let other prominent personalities off the hood for no explainable reason.

The judgment notes that an investigation conducted by Pakistan’s Federal Investigation Agency (FIA) in 2000-01 found that former interior minister Aftab Sherpao “abused his authority, indulged in mal-practices and corruption on large scale and accumulated movable and immovable properties in his own name and in the names of his dependents” while he was chief minister of what was then called the North West Frontier Province (NWFP) and also that the value of said properties was “grossly disproportionate to his/her legal source of income.”

Even though Broadsheet had tracked and traced $3.5 million of Sherpao’s suspect proceeds to a bank account in Jersey, and repeatedly asked Pakistani authorities at the time to follow the money trail and discuss subsequent legal course of action with Jersey authorities, there was no further movement on the matter. In fact, when the Crown Advocate in Jersey contacted Broadsheet for “an update as to the Sherpao matter,” the firm was not able to reply because it was asked by the then Pakistani government to terminate proceedings.

The judgment notes that had then Pakistani authorities only proceeded with the investigation as is required under standard international law, they would have recovered funds amounting to $3.5 million from the Jersey account, of which they would have been obliged to pay Broadsheet about $700,000. Indeed, the judge went on to note that, “I FIND AND HOLD that there is significant chance that NAB would have recovered the amount that was held in the bank account in Jersey, and that it would have done so by 31 December 2004.”

Yet not only did the then Pakistani government suddenly pull back from the investigation and the trail was allowed to go cold, but Sherpao was later made the interior minister of the country in 2004 in the Musharraf government and so far has refrained from making any public comments about all the charges that have surfaced, especially that he was unable to satisfy investigating authorities in Pakistan about the legitimacy of the money in the Jersey account.

Former president Pervez Musharraf must, therefore, answer for his actions and explain to the country why he facilitated in whitewashing this investigation and then installed Sherpao in the sensitive post of interior minister. This step in fact set the precedent of many such appointments to follow, because of which the political process has lost so much credibility with the people.

Sherpao, for his part, continues to maintain his silence on this matter yet he’s very active at this point within the Pakistan Democratic Movement (PDM) of which his Qaumi Watan Party (QWP) is a part.

These revelations, and others like them, are clearly very unsettling for the Pakistani public since it is becoming clearer by the day that their own representatives allowed corruption and money laundering to go unchecked even when they could have done something about it. That is why pressure is now mounting on the present PTI administration to pick up this trail once again and take these cases to their logical conclusion.

But so far PTI is facing criticisms because other than drawing political mileage from these developments just as the opposition is calling for its removal from power, it doesn’t seem to be doing too much about them. The prime minister’s special advisor on accountability and interior, Shahzad Akbar, is in fact being blamed by Broadsheet’s owner Kaveh Moussavi for not giving the matter of the $1 billion that were transferred from Saudi Arabia to the UK the importance it deserved when the two met in 2018. According to Moussavi, who has put everything in legally verifiable and binding documentation, says the government’s delegation was more interested in scaling down Broadsheet’s cut from the proceeds than investigating and repatriating what was surely stolen money.

Now it would be a much bigger hassle for the government to go after the money even if it wanted to since it would have been moved many times around in all this time. In his defence, Shahzad Akbar has clarified that he was not in possession of the evidence that the company had to back its claims. And while that is appreciated, especially since Moussavi made it crystal clear that Akbar did not ask for any kickbacks or bribes, it must still be made very clear that the burden of sharing the evidence did not fall on the claimant in the matter because of a legal document claiming the investigation and the information provided as legitimate. Still, it is yet to be determined for sure if the information is absolutely correct. That is all the more reason that it must be looked into with sincerity so there are no loose ends left in this matter.

And as the ministerial-level committee formed by the prime minister gathers its own evidence about the information contained in the judgment, the government is indeed facing increasing calls to investigate the whole matter openly and in public view. Since the prime minister promised to do exactly that for the two decades that he was in opposition, what he does next will be watched very closely by Pakistanis all across the world. He can either honour his promises and follow the claims made in the judgment with the state’s full force or explain to the people of the country just why those that ate off the fat of the land for so long are still allowed to walk free on it.