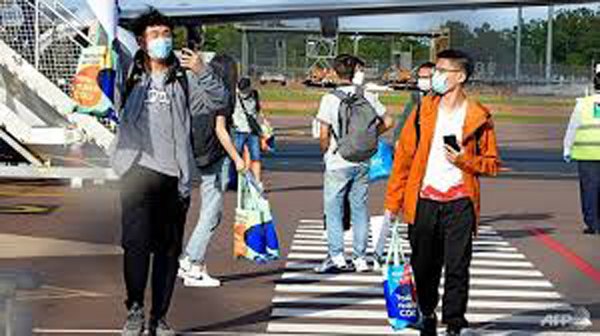 An official petition to Australian lawmakers urging them to exempt international students from border closures has received nearly 3,000 signatures, citing “bad quality” online lessons and lack of schooling for some. The petition, which is backed by social media campaign #bringusbacktoaus on Twitter, needs 12,000 signatures from Australian residents or citizens before Feb. 10 for it to be tabled before lawmakers for a discussion. “These are students from all over Asia, all over the world,” said Phil Honeywood, Chief Executive, International Education Association of Australia. “Those who are not citizens have families here. The Indian and the Chinese communities, for example, have cousins or friends who are signing on their behalf.” Australia, which recorded a second straight day of zero coronavirus cases on Friday, has adopted a heavy-handed approach to curb the pandemic, shutting state and international borders, forcing hotel quarantine for returning Australians and making masks mandatory in regions facing a virus resurgence. The country’s A$37 billion ($29 billion) education sector has been bleeding since early 2020 when coronavirus-induced border closures were announced. The sector, Australia’s leading export earner, contributes significantly to the nation’s A$1.9 trillion economy via housing demand, retail sales and employment growth.