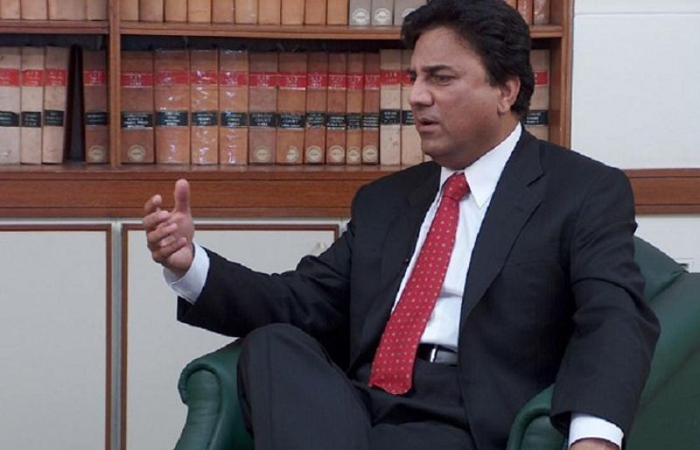 The Islamabad High Court (IHC) on Thursday stopped Pakistan Television (PTV) Chairman Naeem Bukhari from performing his duties and directed the information ministry to again send a summary to the cabinet for appointment to the post in light of the Supreme Court’s judgment.

A single bench led by IHC Chief Justice Athar Minallah announced the decision while hearing a set of petitions challenging Bukhari’s appointment citing it a violation of a 2018 Supreme Court order in a similar case. He observed that there needed to be a clear reason for relaxing the upper age limit for 65-year-old Bukhari, referencing the Supreme Court decision to set aside the appointment of Ataul Haq Qasmi as the PTV chairman. He noted that the Ministry of Information and Broadcasting had repeated the same mistakes as those in Qasmi’s case and had not perused the apex court’s judgement when sending the summary to the federal cabinet.

The court directed the information ministry to send a new summary to cabinet regarding appointment of PTV chairman in light of top court’s judgment, besides stopping Naeem Bukhari from performing his duties. Justice Minallah remarked that the court does not typically interfere in the executive’s decision and directed the ministry to place a revised summary before the federal cabinet for review of the previous decision. The court also directed to send the steps taken by Bukhari as PTV chairman to cabinet and adjourned hearing of the case.

It is pertinent to mention here that in a suo motu case on Ataul Haq Qasmi’s appointment as chairman and director of the state-run television, the top court had ordered the federal government to appoint a full-time managing director after fulfilling all legal, procedural and codal formalities strictly in accordance with the law.

The corporate experts are of the view that the advertisement for the post or relaxation of age was later addressed in Corporate Governance Rules and Companies Act, 2017.

Experts say the director of a public sector company can be picked from the data bank of Pakistan Institute of Corporate Governance and the SECP-approved list of independent members. The age limitation is perhaps not given in the corporate governance rules for directors.

Sources say the main bone of contention is that the PTV chairman was exercising the powers of the MD (CEO) and interfering in the day-to-day affairs of the institution. Sources say that the information ministry had issued Naeem Bukhari a ‘note of caution’ advising him to restrain from exercising the powers of the MD (CEO). He was also told to observe the rules of corporate governance and chair board meetings as per rules.

The sources confirmed that the decisions taken by Naeem Bukhari since his appointment as PTV chairman were not appreciated. Bukhari’s decisions were regarded as ‘impulsive and impractical’.