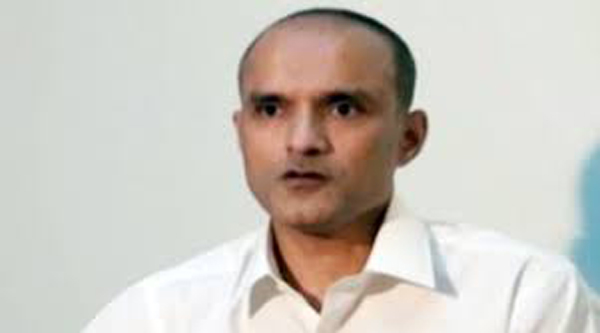 While granting three weeks to the government on Thursday, the Islamabad High Court (IHC) issued directives to the federation to ask from India whether it is intended to engage a lawyer to pursue the Indian spy Kulbhushan Jadhav case.

A three-member bench led by the IHC Chief Justice Athar Minallah and comprising Justice Amir Farooq and Justice Miangul Hassan Aurangzeb issued the directives during adjudication of federal Law Ministry’s plea regarding provision of counsel to Indian spy Kulbhushan Jadhav in pursuance of the International Court of Justice’s (ICJ) verdict implementation in the matter.

Appearing before the bench, Deputy Attorney General Syed Muhammad Tayyab Shah submitted that Attorney General for Pakistan Khalid Javed Khan was delivering arguments before a five-member larger bench of the top court in presidential reference, hence, could not turn up before the IHC due to the reason.

Responding to query of the Chief Justice Athar Minallah, Syed Tayyab Shah apprised that a total of four Indian prisoners were released saying the last Indian prisoner Muhammad Ismail would be released on the 22nd of this month.

During the course of proceedings, the CJ observed whether Indian government was not serious in the case of Kulbhushan Jadhav adding that he directed the government to contact India once again in the matter while asking whether it intended to pursue the Kulbhushan case or not. Later, granting three week to the federal government in the matter, the court adjourned hearing till February 03.