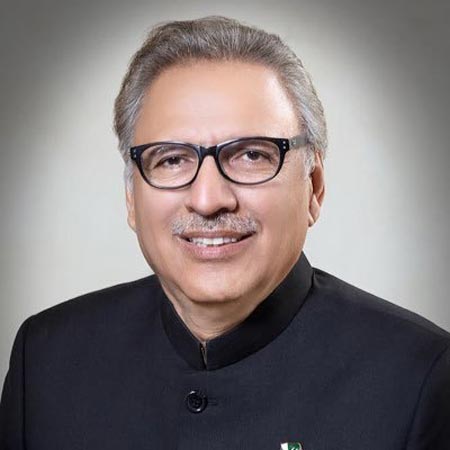 Reaffirming Pakistan’s support for territorial integrity of Azerbaijan, President Dr Arif Alvi has underlined the need for expanding the bilateral volume of trade and further promotion of cultural and commercial cooperation between the two countries.

President Alvi said while talking to Foreign Minister of Azerbaijan Jeyhun Bayramov who called on him on Thursday.

The President congratulated the government and people of Azerbaijan over the liberation of Nagorno Karabakh. He said that Pakistan highly values its relations with Azerbaijan which are based on common faith and cultural linkages.

The foreign minister of Azerbaijan said that both the countries have a great potential for increasing trade and cultural cooperation. He thanked Pakistan for supporting Azerbaijan’s stance on Nagorno Karabakh. He stated that his country would continue to stand by Pakistan on Kashmir issue at all international fora.

Earlier on Saturday last, Azerbaijan Ambassador Ali Alizada said that Azerbaijan is keen to promote bilateral trade with Pakistan as both countries have tremendous scope to enhance trade and economic cooperation in many fields. During his meeting with the business community at the Islamabad Chamber of Commerce and Industry (ICCI), he said, “Azerbaijan and Pakistan enjoy excellent relations at the political level, but trade and economic relations are not up to the mark, therefore, there is a need to focus on promoting trade relations that would yield highly beneficial results for the economies of both countries.”

Earlier on December 19, Pakistan and Azerbaijan on Friday agreed to enhance the bilateral relations, including cooperation in the political, economic, energy, defense, education, and culture sectors, an official said. The agreement arrived after the second round of Pakistan-Azerbaijan bilateral political consultations conducted through a virtual link.

President Dr Arif Alvi has stressed that there is immense potential for development of Pakistan’s tourism sector.

Talking to a delegation of International College For Tourism and Hotel Management on Thursday, the President said that this will also create enormous job opportunities for the youth. He said that the private sector should also play its role for promotion of the tourism sector.

President Alvi noted that the tourism sector is not only a leading source of employment, but also provides opportunities for regional integration and socio-economic inclusion for remote areas. He maintained that tourism can significantly contribute to the socio-economic development of the country.

He said the federal and provincial governments are making efforts to develop tourist sites and these efforts will contribute in transforming the industry into a major sector of the national economy. He further said that inclusion of the private sector in these efforts will give a boost to promotion of tourism in the country.