* Corruption is the enemy of Pakistan: Ch Sarwar 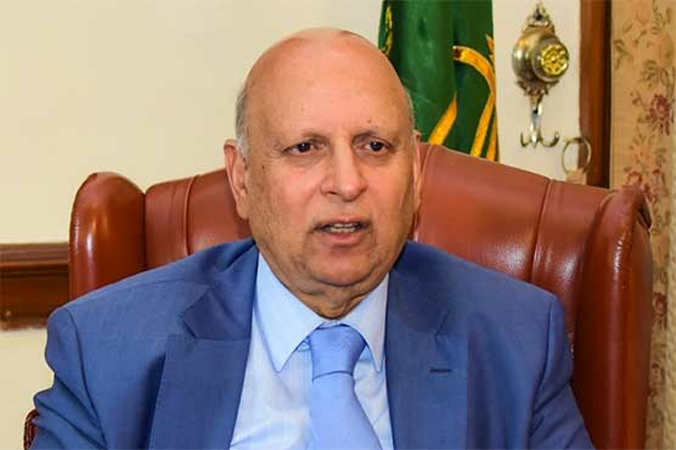 Punjab Governor Chaudhry Mohammad Sarwar has said that corruption weakened national institutions and destroyed the county’s economy. Corrupt people are the enemies of the nation and the country. The government will not compromise on merit and transparency. He was talking to the media at the inauguration of the Telemedicine helpline at Sahiwal Medical College, and Pana Gah at the District Hospital on Thursday. Provincial Minister for Zakat and Ushr, PTI leader Rai Hassan Nawaz, Chairman Akhuwat Foundation Dr. Amjad Saqib, Vice Chancellor, University of Health Sciences, Prof. Dr. Javed Akram and other district administration officials were present on the occasion.

Punjab Governor Chaudhry Mohammad Sarwar while talking on the occasion said that in the past, institutions were destroyed due to political interference and corruption but the incumbent government believed on merit and transparency. The government was committed to rid Pakistan of the scourge of corruption and to ensure a system of punishment and reward in the country. Chaudhry Mohammad Sarwar said that the present government under the leadership of Prime Minister Imran Khan has distributed Rs. 177 billion during Corona virus Pandemic among the poor families without any discrimination. He said that Sehat Insaaf Card is a historic project of the government through which any poor person can spend more than Rs. 7 lakh on his treatment.

Punjab Governor said that the people have given a five-year mandate to the government and the government is not intimidated by any sit-in and Long March. He said that general elections will be held in 2023 and the opposition should also wait for general elections instead of doing politics of protest and spreading anarchy. Chaudhry Mohammad Sarwar further said that as the Chancellor of the Universities, he has appointed more than 15 Vice Chancellors purely on merit. The Vice-Chancellors of the Universities have also been directed to make all appointments in the Universities on merit, he added. The government is working to strengthen the education system in Punjab and providing facilities as per international standards.

Punjab Governor Chaudhry Mohammd Sarwar talking to party workers at Circuit House said that the workers of PTI are the greatest strength of the party. We will not only give them their due status, but also solve the problems of the people as well as party workers on a priority basis.