Rabya Kulsoom knocks it out of the park in ‘Bharaas’ 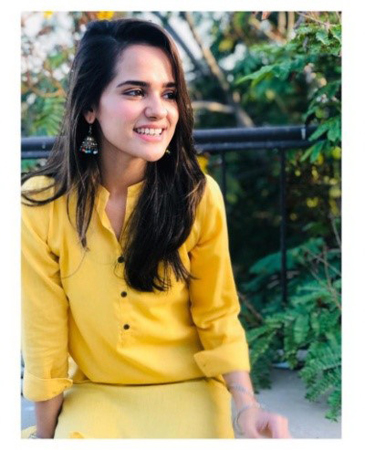 Rabya Kulsoom is one of the brightest and most sought after fresh faces of the Pakistani media industry. It hasn’t been long since this young talent that has graced our screens, but she has proved herself with her strong career choices, and acting chops that have compelled viewers to sit up and take notice.

The young starlet stepped into limelight with her appearance in a music video. Her first TV project was the comedy play Zamani Manzil Kay Maskharay. This was followed by supporting characters in several serials. Her breakout role came with the intense, and emotion heavy drama serial Haara Dil. There was no looking back for Kulsoom after that.

The actress didn’t limit herself to television only. She also appeared in the web series ‘Aik Jhooti Love Story’ alongside Bilal Abbas Khan and Madiha Iman. The show was created and directed by acclaimed director Mehreen Jabbar and was well received by critics. Kulsoom managed to hold her own alongside seasoned professionals and proved herself yet again.

The actress didn’t limit herself to television only. She also appeared in the web series ‘Aik Jhooti Love Story’ alongside Bilal Abbas Khan and Madiha Iman. The show was created and directed by acclaimed director Mehreen Jabbar and was well received by critics

After wowing her critics and the audiences with Shehr-e-Malal in which she portrayed the role of Maria, a negative character that won Kulsoom raving reviews, she’s back on our screens with the drama serial Bharaas. Kulsoom plays the character of Sasha, a strong, confident, outspoken girl who doesn’t shy away from speaking her mind. She starts out as a simple girl who loves her sister Zoya and her family. As the show moves further, Sasha takes the duties of a wife, and a daughter in law, but is often seen to be at logger heads with her in-laws.

Kulsoom excels in the scenes in which Sasha is seen having a heated exchange of words with her husband and her mother in law. She stands firm in the face of all her difficulties and hardships and is often a force to be reckoned with. It wouldn’t be wrong to say that Sasha is one of the standout characters of the show. You look forward to her scenes, and can never expect what she would say or do.

This is further proof of Kulsoom’s acting prowess and her command on her character. There’s not one false note, or a half-baked expression. Kulsoom never falters, and does complete justice to her character.

It will be interesting to see what Sasha does in the upcoming episodes and where the story takes her character. To find out, stay tuned. Bharaas airs on Mondays, only on ARY Digital.