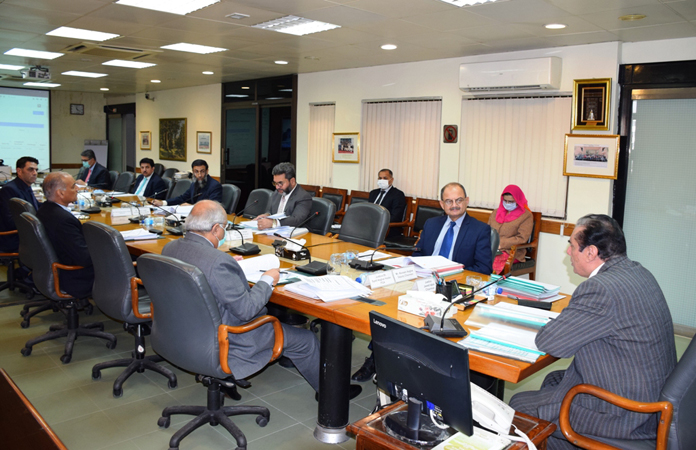 Separately, a meeting of the NAB Executive Board approved the filing of a reference against former Sindh minister Jam Khan Shoro, and inquiries against several Sindh government officials, including Owais Muzaffar Tappi and Sohail Anwar Sial.

In one reference, Jam Khan Shoro and several government officials from Hyderabad are accused of illegally occupying government land in Jamshoro, Qasimabad, Sindh and using it for personal use, causing a loss of about Rs 5 billion to the national exchequer. The second reference, filed against Adil Karim, deputy director of the Board of Investment, Islamabad, and other government officials, alleges that the accused persons misused their powers and caused a loss of Rs417.409 million to the national exchequer.

Meanwhile, the NAB executive board closed an inquiry, pertaining to the procurement of MI-171E helicopter for the Balochistan government for lack of evidence against the Procurement Committee and others.

“It is a yearlong policy of NAB to share the details of EBM with the public which does not aim to hurt the feelings of anyone as all inquiries and investigations are initiated on the basis of alleged allegations, which are not final. NAB decides to go ahead with case after assessing the merits of the cases and after obtaining the point of view of accused persons as per law,” a press release issued by NAB stated. Addressing the meeting, Justice (r) Javed Iqbal said that eradication of corruption from Pakistan is the foremost priority of NAB. “NAB is pursuing the policy of accountability for all as per law. NAB is the national anti-corruption institution which has no affiliation with any individual, group or political party. It has an affiliation with only the state of Pakistan,” he said.

The chairman directed all NAB officials to utilize all available resources for concluding the complaint verifications, inquiries and investigations on the basis of concrete evidence within the prescribed timeframe as per SOPs. He directed investigation officers and prosecutors to pursue the cases in courts with full preparations as per law.