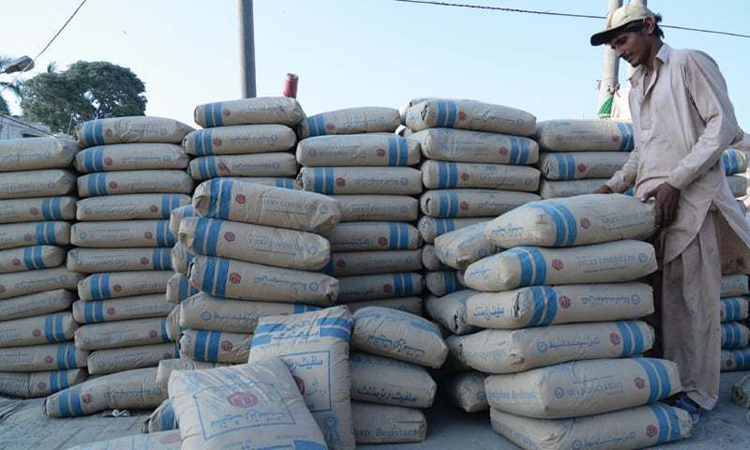 Cement manufacturers of the country Wednesday filed pleas in Supreme Court assailing Lahore High Court (LHC) verdict that had dismissed petitions of almost all the industries challenging establishment of the Competition Commission of Pakistan (CCP) and the competence of the parliament to enact a law on the subject of competition.

More than a decade ago during 2008, industries including cement, oil & gas, energy, fertilisers, healthcare, education, telecom and real estate invoked the High Court jurisdiction on the same grounds and were granted stay against the Commission’s actions over alleged prohibited agreements and deceptive marketing practices.

Challenging the verdict that a three-member bench of the Justices Ayesha A Malik, Shahid Jamil Khan and Sajid Mahmood Sethi announced on October 26 last year, M/s D.G.Khan Cement Limited and other urged the apex court to set aside the LHC verdict in the matter while granting them stay order against the Commission’s actions.

The appellants have claimed that the LHC has erred in failing to uphold their right to a free and fair trial under Article 10-A of the Constitution by unreasonably and arbitrarily refusing the request of adjournment by the petitioner’s counsel in light of the deadly Covid-19 pandemic and the domestic ban on air travel.

They further requested the apex court to decide a question of law whether the LHC has erred in failing to appreciate the substantial devolution of powers from the Federation to the Provinces via the 18th amendment to the Constitution and thereby arrived at a conclusion which is diametrically opposite to what the intention was of the legislature in enacting the said amendment?

The appellants also urged the top court to decide whether the LHC has erred in disregarding the deliberate deletion of the entry relating to legislation in respect of monopolies and competition in the Federal Legislative List of the 1973 Constitution.

They submitted that there was no entry in the Federal Legislative List (FLL) which allowed parliament to enact law on the subject of competition, adding that the parliament did not have the power to make laws on matters which were not enumerated in the FLL as the residue power was vested with the provinces after the 18th Constitution Amendment.

They submitted the FLL did not contain any entry on the subject of competition or monopolies or in any manner with reference to antitrust restrictions.

Pertinently mentioned that deciding question of parallel judicial system in terms of Competition Appellate Tribunal (CAT), the LHC has observed that the establishment of administrative courts and tribunals for federal subjects was provided for in the FLL of the Constitution, which authorised parliament to establish administrative courts and tribunals in relation to federal subjects.

“We do not agree with the petitioners’ contentions that a parallel judicial system has been created or that administrative tribunals cannot be established for any other purpose other than Article 212 of the Constitution or that CAT is a ‘court’ under Article 175 of the Constitution,” the LHC verdict said.

About the appellate jurisdiction of the apex court, the bench remarked that the subject of enlargement of jurisdiction of the Supreme Court under the FLL was a subject which exclusively fell within parliament’s domain, so parliament could confer jurisdiction on the SC, by law, if the Constitution permitted it. The bench has also observed that the show-cause notices and proceedings by the CCP would remain intact as legal cover had been given to them under Section 62 of the Act.