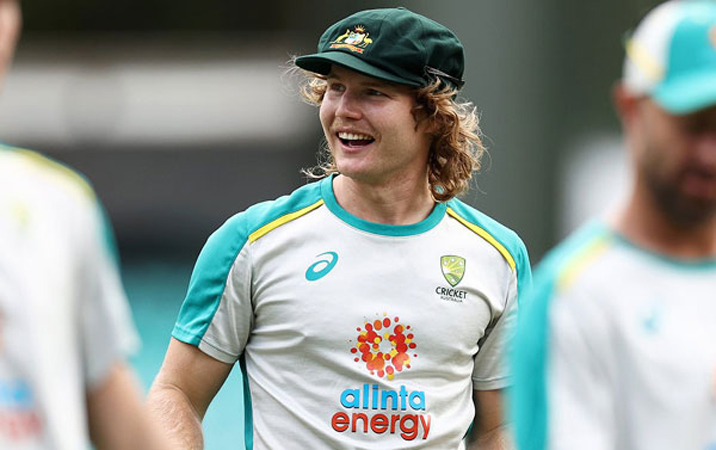 SYDNEY: Cricket Australia (CA) on Tuesday confirmed that opening batsman Will Pucovski suffered a shoulder subluxation injury in the Sydney Test and his participation in the fourth and final Test against India hangs in the balance. “Australian opener Will Pucovski suffered a shoulder subluxation injury while diving in the field on day five of the third Test at the SCG yesterday. He will continue rest and rehabilitation over the next two days before a decision is made on his fitness for the fourth Test match,” CA said in an official release.

No additional players have been brought into the squad for the final match, CA said further. Pucovski had made his Test debut at the Sydney Cricket Ground. In his debut match, the opener went on to record scores of 64 and 8. Batting out 258 balls with a fierce home team throwing everything it had up its sleeves is no mean feat. But the Indian duo of Hanuma Vihari and Ravichandran Ashwin stood ground and managed to do just that as they eked out a draw in what was nothing short of an action-packed fifth day. Batting out 131 overs ––– the most India have batted in the fourth innings of a Test since 1980 –– showed exactly what Ashwin meant when he spoke about playing like true warriors at the end of the fourth day’s play at the SCG. A hamstring injury notwithstanding, Vihari hit an unbeaten 161-ball 23 while Ashwin hit 39 off 128 balls as the two defended away any hopes Australia had of registering a win.

With an injured Ravindra Jadeja waiting in the pavilion, it was important for the two to ensure they saw India to the end and that is just what they did as the players shook hands with an over left. India and Australia will play the fourth and final Test at The Gabba, Brisbane, beginning December 15. The hosts had won the first Test while visitors came back strongly in the second Test, and currently, the series stands level at 1-1.