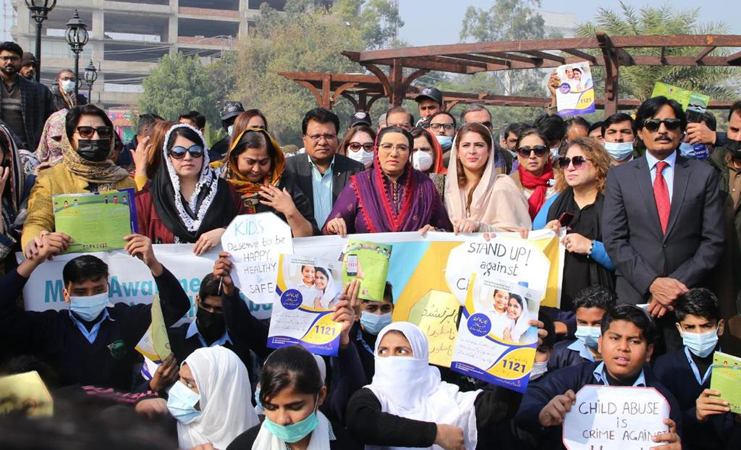 Minister for Social Welfare Yawar Bukhari and Minister for Human Rights Ejaz Alam Augustine, Parlimentarians and Director General CPWB Shuja Bhatti, attended the awareness campaign. In addition to this, members of the Board of Governors, focal persons of Child Protection Bureau, lawyers, representatives of NGOs, members of civil society and children also participated in the campaign.

The Chairperson Ms.Ahmad in her media talk mentioned that “The Child Protection Bureau has taken action on more than 300 cases of abuse against children in Punjab during the last 2 years & rehabilitated the abuse victims.” She said that most of the cases of sbuse happen inside homes and the easiest solution to prevention was by creating awareness among parents, children & teachers. Children must be taught the difference between Good Touch & Bad Touch while the parents should build confidence & trust in their children and encourage them to speak up. She also Appreciated the important role of police and media in preventing incidents of violence against children.