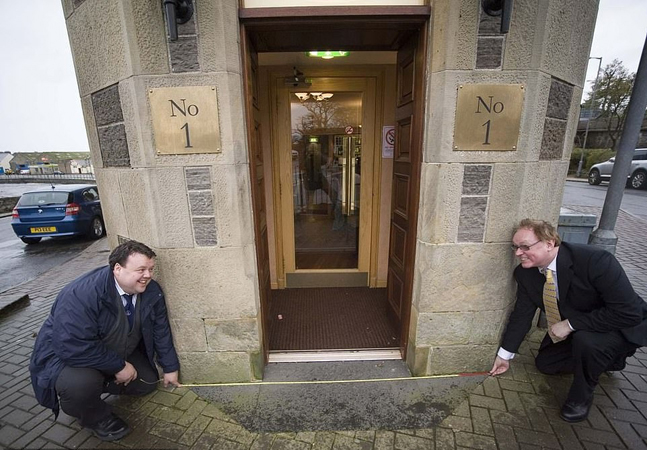 Three strides and it’s all over. Welcome to the street that has been recognised by Guinness World Records as being the shortest in the world – it measures just six feet nine inches – therefore taking the average adult just three steps to conquer.

The street is in Wick, Scotland, and is occupied by one sole building – the thin end of Mackays Hotel.

The hotel’s website explains the origins of the quirky street, revealing that the property was built in 1883 by the wealthy Alexander Sinclair upon his return to Scotland from America.

It says that the local council at the time instructed Sinclair to ‘put a name on the short end of the building as they deemed it a street’.

From 1887, Ebenezer Place – the name of the street – started appearing in town records.

Today, Google Maps shows how it merges with Union Street.

But despite appearing in town records since 1887, it wasn’t until October 28, 2006, that the street was finally declared the shortest in the world by Guinness World Records. 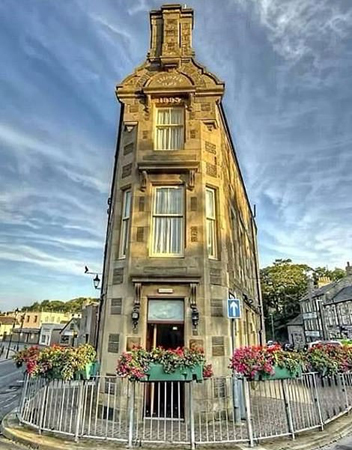 According to the hotel, Craig Glenday, the editor-in-chief of Guinness World Records ‘battled through gale-force winds and storms’ to get to Wick to measure it. After ’50 hours and several detours’, he arrived and officially measured the street, declaring it a world record just one hour later.

The doorway of the hotel that faces Ebenezer Place leads to the aptly named No1 Bistro – the street’s only address.

The hotel’s co-owner, Ellie Lamont, who runs the venue with her husband, Murray, told MailOnline Travel that they get many guests who are fascinated by the world record.

She said: ‘Some don’t know about it and when they turn up they find it interesting.

‘Some know about it and still can’t believe it’s only six feet, nine inches, while other people come into the hotel to ask where it is.’

On Tripadvisor, some former guests have also remarked about the surprising record.

One, Ken R, wrote on the review site: ‘Very comfortable hotel in Wick. The bistro is exceptionally good quality for dinner with local produce.

‘Rooms are comfortable and the breakfast is excellent. Strongly recommended.

‘And to top it all off, the hotel is on the shortest street in the world!’

While ‘anotheruxguy’ said: ‘This is a nice hotel. We had a room with three beds for my wife and me, and our two kids. It was well furnished and comfortable. ‘The restaurant was very good, and we found easy street parking right outside. It’s cool that it’s on the shortest street in the world.’