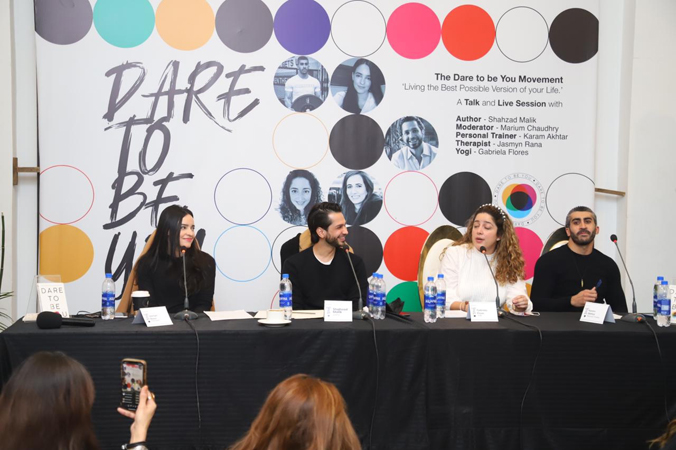 The year has begun with the desire to talk about once taboo topic of mental health and how to attain well-being of the mind.

Entrepreneur-turned-novelist Shahzad Malik’s book Dare to Be You, which was released last year, was discussed in detail during a launch ceremony held at Colabs, Gulberg. The young writer, while sharing a panel with therapists, yoga and fitness instructors, talked about the importance of staying positive, mentally and physically fit and also to make a conscious effort to be happy, content and the best version of oneself.

Shahzad Malik openly discussed the circumstances that led him to pen his thoughts on paper, what he learned during the times he felt directionless and lost, and how he found it important to reach out to others through his book, so people going through similar situations could relate and learn what he did.

Each panellist shared the integral role both physical and mental health play in a person’s thought process and how positivity in every way can only be attained if both these aspects are taken care of.

Karam Akhtar talked about how he discovered what the right profession was for him and the courage he built to convey to his family. He imparted on the audience the importance of pursuing a career that made one happy and hence productive.

Gabriela Flores began the session by an effective relaxing mind exercise, engaging with the audience and telling all to let loose, sit back and clear their minds. The session lasted for five minutes but had the audience roaring with applause. 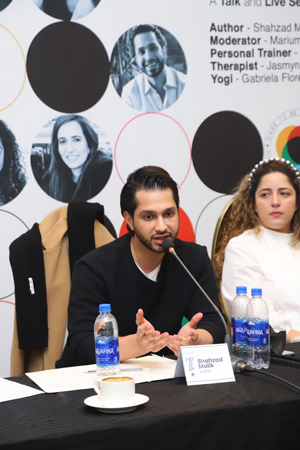 Later she talked about settling in an environment which was new to her and a culture she was a stranger to but finding happiness in what she loved doing and making that the central part of her world.

Jasmyn Rana discussed at length how she got into the field of mental therapy and the ways in which her profession had changed her life, and also helped her deal with traumas.

The audience were given sheets in which they had to write about what meant happiness for them, how they would do things differently if it was their last day in the world and also write about things that they loved dearly.

Later, they also got a chance during a live Q&A session to ask any panellist a question regarding the topic. Dare to Be You is being touted as Pakistan’s first English self-development book.

Dare to Be You is built around one central idea that resonates throughout the book: all of us have the potential to be better and to do better and we owe it to ourselves to try until we get to where we want to be. In certain places, the book definitely adopts a tough-love attitude, where it actively engages with the excuses we sometimes buy into. 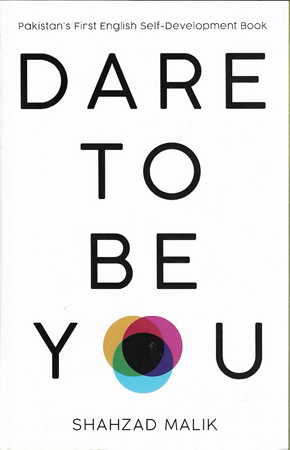 The book discusses a number of topics, all the way from overthinking to fear to finding one’s passion. It addresses the idea of mindfulness, of allowing ourselves to listen to our emotions rather than let ourselves be overwhelmed by our thoughts and the discouraging voices in our heads. This idea also flows through the book and we are reacquainted with it at various points along the way, helping to really ground it in the reader’s mind. And in anxious times such as these, this has been game-changing. The book also lets the readers explore how we can change our default way of approaching situations, by allowing for greater awareness of our internal frameworks. For instance, the book allows us to explore the fears we carry, that hold us back and lead to us minimising ourselves. This, in turn, allows for us to see them for what they really are and shed them off, taking away their power over us so that we are not perpetually afraid and encumbered.

Dare to Be You movement encourages you to believe in following a holistic path of self-development. To realise the importance of the whole and the interdependent elements and to take into account all aspects of the human experience.

For it to be fully effective, this approach combines all skills, mind-sets and beliefs necessary to be happy, fulfilled and successful.

The vision for this session was to help one raise their personal level of consciousness, while at the same time directly influencing and empowering one to improve their life. The PR and media for the event was handled by Imtisal Zafar of Verve Events.